Virat Kohli scored 692 runs in the four Tests against Australia which included four hundreds and one fifty. His personal best was 169 in Boxing Day Test in Melbourne. 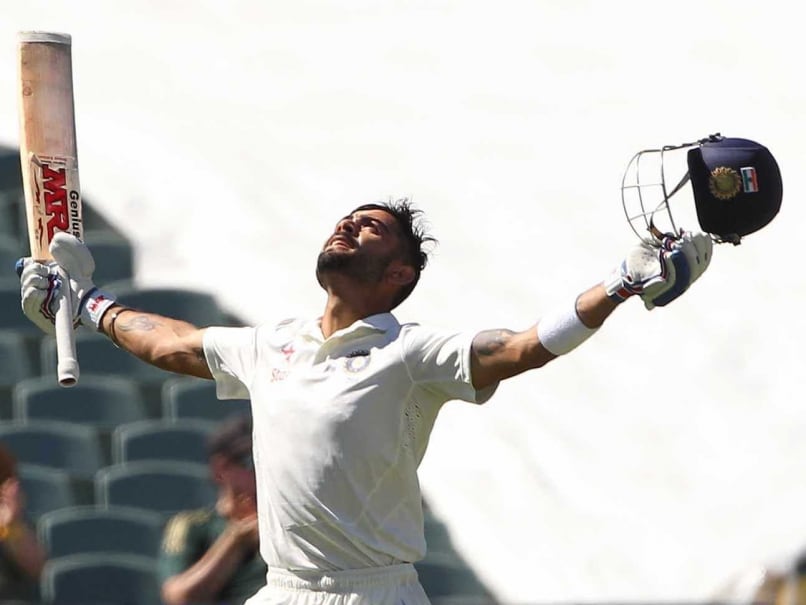 Virat Kohli celebrates one of his four centuries during the four Tests against Australia.© AP

Former Indian opener Sunil Gavaskar is all praise for the way Virat Kohli has batted in the series against Australia. He feels Kohli's performance is above ordinary and it is no mean feat to amass almost 700 runs in a four-Test series. (Match report | Day 5 Highlights | Scorecard)

"Virat Kohli's batting has been extraordinary and scoring almost 700 runs in 4 Tests is not easy," said Gavaskar in an exclusive interview to NDTV. (Also read: Kohli scores runs by the dozen as Aussies fail to tame his batting)

Kohli hit four centuries with a highest of 169 in eight innings. He went past Rahul Dravid, who made 619 runs during India's tour of Australia in 2003-04. Kohli scored a patient 46 and his determination helped India salvage a draw after they were set 349 to win in Sydney on Day 5.

Gavaskar believes that the batsmen showed they could stand up and be counted. "The way the Indian batsmen stood up and salvaged the game, I think it showed character," he said. (Read: I Hate Losing, Want Opposition to Respect Team India, Says Kohli)

India lost the four-match series 2-0, but Gavaskar is of the opinion that this batting line-up has a bright future. "I think this Indian batting line-up will be a formidable unit in the future," said the 65-year-old.

However, Gavaskar was extremely critical of India's bowling and feels it lacked the potency to bowl out teams twice in a Test match. He feels the solution is to look for a new crop of bowlers and the best place to find them is the domestic circuit.

"India's bowling was not penetrative enough and didn't look like taking 20 wickets in a match. They need to look for a new set of bowlers and you will find them in domestic cricket," he emphasised. (Kohli Wants Big Improvement in Bowling Department)

When asked whether the final scoreline mattered, Gavaskar admitted that it was what people would eventually notice when this series is looked back on.

"At the end of the day scoreline is what everyone sees, but sometimes losing can teach you something. If India learn from their experience and it helps them to win matches in future then it was worth it."

"A tour of Australia is a very hard tour and if India have learned something, then Indian cricket will benefit from that," he said. (Pitches Did Not Break up as Much as Expected, Says Steve Smith)

Comments
Topics mentioned in this article
Virat Kohli Aus vs Ind, 2014-15 India Cricket Team Australia Cricket Team Cricket
Get the latest updates on ICC T20 Worldcup 2022, check out the Schedule and Live Score. Like us on Facebook or follow us on Twitter for more sports updates. You can also download the NDTV Cricket app for Android or iOS.