India Should Stick With Their Bunch of Bowlers: Damien Fleming

Indian bowling in the four Tests Down Under was largely ineffective bu former Aussie cricketer Damien Fleming feels the bowlers can learn from their experienced ans get better. 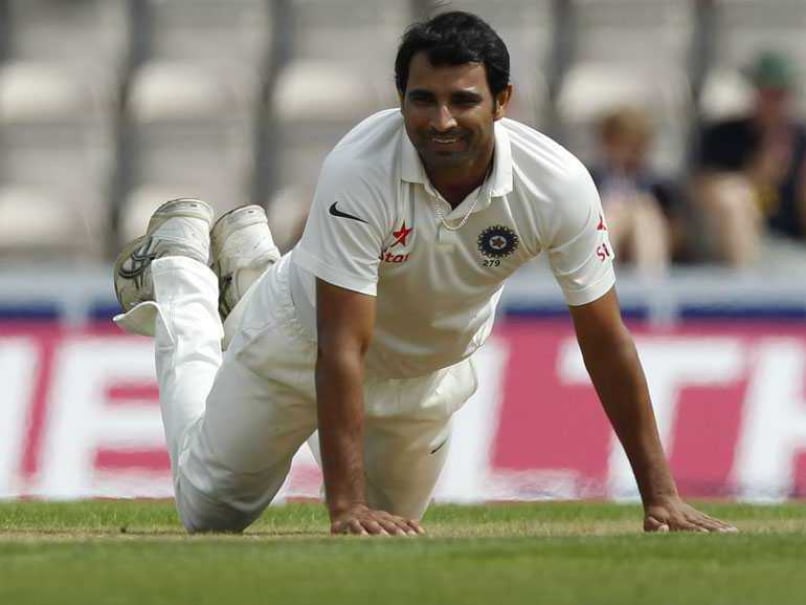 India's pace attack has been regarded by many as rather inexperienced against the mighty Aussies.© AFP
Sydney:

The Indian bowling might have come under heavy criticism from all quarters after the 2-0 Test series loss, but former Australia cricketer Damien Fleming insists that sticking to the present bunch of bowlers will be beneficial in the longer run.

"I will want to keep this fast bowling unit together and keep them learning. Ishant Sharma looks like he is starting to get consistent. In Umesh Yadav and Varun Aaron they have two bowlers who can bowl at 90-plus and can swing the ball at the same time. There are not a lot of bowlers around who can do that. So I will be looking to play them as much as possible," Fleming said.

"Mohammad Shami is handy but he is not one or other, not too fast and doesn't move the ball too much, he is just about there. And then India have Bhuvneshwar Kumar up their sleeve who is a gifted swing bowler and in the right conditions India will play him," added the former medium-pacer.

Bowlers like Mohammed Shami and off-spinner Ravichandran Ashwin did pick up a bunch of wickets on a couple of occasions but the scalps came at a price and Fleming opines that it's time they pull up their socks.

"The bowling has been so inconsistent that it leads to an overall inconsistency in their game plans. I think their bowlers lack mental toughness. There is a bit of immaturity in their attack. They want too much too quickly and that is probably a generation thing with the current bunch of cricketers. Test cricket rewards patience and that is missing from their bowling," said the cricketer-turned-commentator.

The Indian bowling unit not only gave away too many runs in the four matches but also failed to get 20 Australian wickets in any of the games and Fleming opines the visitors should have taken a leaf out of the home bowlers book.

"But the thing is that you need them to improve their lengths. They need to see where Ryan Harris bowls most of his deliveries, for example, and they need to consistently hit that spot. He makes the batsmen play a lot, and so India need to make sure they are bowling off-stump," he said.

"Overall India have a group of players that should be able to win at home easily. But they need to learn to play better to win away from home and that is what all teams in world cricket - including Australia - are trying to do at the moment," he added.

On day four of the final Test at SCG, India conceded 213 runs in the final session of play to literally throw away the advantage. It highlighted the key problem of this bowling attack even as Ashwin took four wickets and didn't find enough support to restrict the Australian batting.

"That's where India have struggled really. One guy might be bowling well at one end, but they are leaking runs and boundaries at the other end. When we were playing, coach John Buchanan gave an odd statistic to us. He said that three maiden overs bowled in succession double our chance of getting a wicket and then we worked on that in pairs.

"You bowl six dot balls and it's not that you haven't taken wickets but you are six dot balls closer to getting a wicket. So there was a goal in our bowling. India don't have that," said Fleming.

"India's new ball bowling has been really disappointing particularly in their first sessions in Adelaide and in Melbourne. At the MCG, the ball was seaming around as much as a day one MCG pitch will since it became a dropped-in pitch. But how many play and misses did we see? How many LBW shouts? They have been bowling too short and too wide with the new ball.

"Instead they need to make the batsmen play. Even their strategy has been questionable at times, like bowling round the wicket to David Warner. You played straight into his cover drives. So inconsistent game plans and inconsistent execution is hurting India badly," he added.

In a series where India saw two captains taking turns to lead the side, the result was disappointing and Fleming also opines that leadership and planning plays a key role in a teams success.

"I was unsure about some of the field settings from MS Dhoni. He didn't make quick enough changes for Test cricket. Someone like Virat Kohli might do so, since he is quite aggressive and likes to react to a particular situation.

"And this is where the leadership and the coaching staff take a big role in this process of improvement. They have to giddy up the bowlers there, and not just off the field but also on it when things aren't working out for them," Fleming opined.

"That's a lot of deliveries. So patience is the key. As young players you need to have a game plan, start with an economy rate of under three, aim to strike in under 60 deliveries and bowl in partnerships," the former cricketer replied." he added.

Losses notwithstanding, Fleming had some encourage words for the visitors ahead of the ODI triseries and said that consistency would play a key role in the teams future.

"India played a lot better here than England did last year and they had chances to win both the first Tests and took the next two Tests to the fifth days," said Fleming.

"The reason they have not been able to win is inconsistency in all skills and it is hurting them hard at the moment. The one huge positive for them shown by this series is that they certainly have a batting line-up that can score runs overseas. They are reasonably young cricketers as well so should serve Indian cricket for some time to come."

Comments
Topics mentioned in this article
India Cricket Team Australia Cricket Team Aus vs Ind, 2014-15 Cricket
Get the latest updates on Fifa Worldcup 2022 and check out  Fifa World Cup Schedule, Stats and Live Cricket Score. Like us on Facebook or follow us on Twitter for more sports updates. You can also download the NDTV Cricket app for Android or iOS.