India in Australia: Pitches Did Not Break up as Much as Expected, Says Steve Smith

After winning the first two Tests in Adelaide and Brisbane, Australia could have had better results in the remaining matches, but they failed to grab 20 wickets each time, thus settling for a 2-0 series victory. 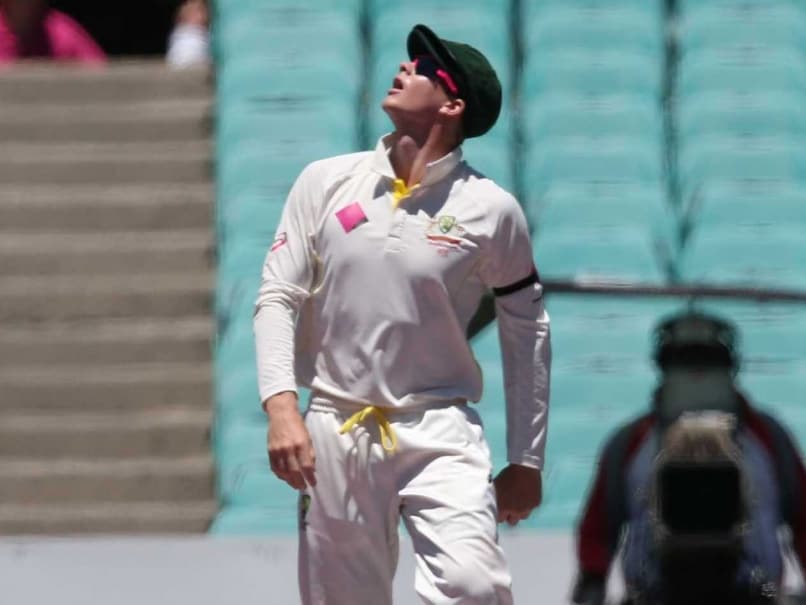 Steve Smith looks up at the spidercam after dropping a catch on Day 3 of SCG.© AP
Sydney:

Australia skipper Steven Smith on Saturday said that the pitches did not "break up quite as much as expected" during the four-match cricket Test series against India and it hampered the home side's chances of winning by a bigger margin.(Match report | Day 5 Highlights | Scorecard)

After winning the first two Tests in Adelaide and Brisbane, Australia could have had better results in the remaining matches, but they failed to grab 20 wickets each time, thus settling for a 2-0 series victory.

"It has been tough to get 20 wickets in this Test series. The wickets haven't broken up quite as much as we thought they might. I don't know the reasons for that. But it's been tough and the bowlers have toiled extremely hard throughout these four Test matches. I am really proud of the way they've gone throughout these games," Smith said at the post-match press conference.(Also read: Kohli scores runs by the dozen as Aussies fail to tame his batting)

Chasing a stiff target of 349 for victory, India suffered a dramatic collapse in the post tea session but somehow managed to eke out a draw by finishing on 252 for seven in 89.5 overs on an absorbing fifth day's play of the fourth Test here at the SCG..

Expressing disappointment over his side not being able to bowl out India on a fifth day track, Smith said: "It would have been nice to get the win today. I thought 90 overs with them having a little go at us would be a good chance to win this game but it wasn't to be. I think the wicket didn't break up quite as much as I thought it would. There wasn't much up and down movement with balls on the stumps.

"I think with Nathan Lyon bowling into the rough, there were a few that hit the gloves and went straight into the ground. On a different day those pop up and you get wickets. But the boys toiled really hard today and we are disappointed not to get the result in the end," he added.

It has been a tough series for Australia from an emotional point of view with the loss of Phillip Hughes in late November and the whole rescheduling thereafter. Regular captain Michael Clarke, too, just played the first Test and mid-series Smith was appointed as the new skipper after he pulled out injured.

"We can be extremely proud of this series win," said Smith. "From the first game in Adelaide, the boys showed a lot of heart to go out there and play the way we did. To win that first Test was extremely big for us. There have been some tough moments throughout the series but the way the boys have held themselves has been terrific. We set out at the start to win the series and we did that 2-0 and we are extremely satisfied with our results."

Talking about his captaincy experience, Smith said, "I've really enjoyed it. I've had a great time.

"All the boys have been terrific around the group. A lot of the senior players have been helping me out. The boys have done everything I've asked of them. They've worked their backsides off every day and I can't be prouder of them for the way they've performed throughout this series."

Had Australia held on to their catches in the last two Tests, the margin of defeat might have been different. Smith himself missed a couple chances but pulled out a screamer to dismiss Rohit Sharma.

"The spider-cam catch was just one of those things. It was right above the wire and looked like it was moving as I was going to the ball. I think it's a great innovation, a great camera, but I think it just needs to be in the right place at the right time to be honest. My other chance where I dropped Virat (in the first innings) could have made a big difference as well.

"Today was one that stuck. Our standards of fielding throughout this summer haven't been up to where we want them to be, so we've got some work to do before the World Cup," Smith admitted.

Comments
Topics mentioned in this article
Stephen Barry Smith India Cricket Team Australia Cricket Team Aus vs Ind, 2014-15 Cricket
Get the latest updates on ICC T20 Worldcup 2022, check out the Schedule and Live Score. Like us on Facebook or follow us on Twitter for more sports updates. You can also download the NDTV Cricket app for Android or iOS.