Give KL Rahul the Benefit of Doubt

Lokesh Rahul scored just three in the first innings of his Test debut. While he was guilty of falling to a rash short, he is hardly used to batting in the middle-order. 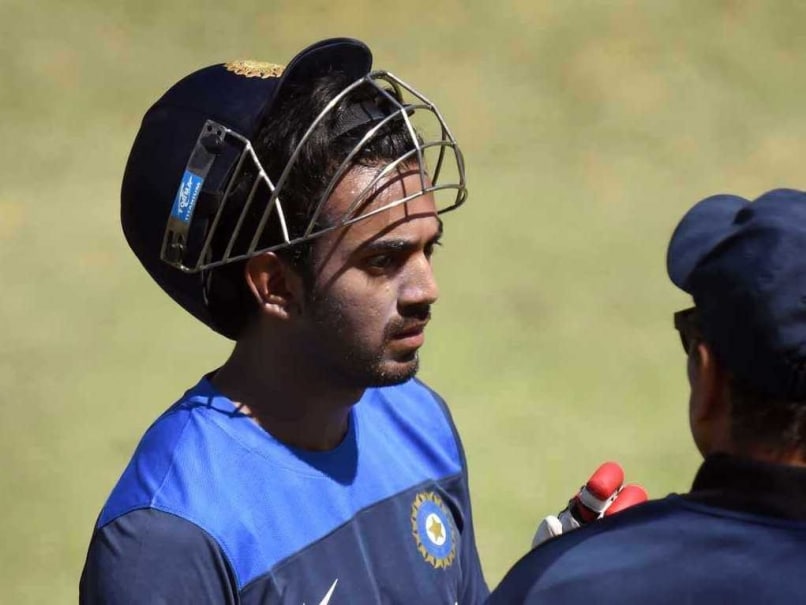 Lokesh Rahul during a net session at the MCG.,© AFP

Stupid, irrational and suicidal were just some of the adjectives that were used to describe KL Rahul's debut innings. None too far from the truth.

India had just lost the important wicket of Ajinkya Rahane. The team was still trailing Australia by 121 runs and the Indian tail hadn't done anything on this tour to inspire confidence. Nathan Lyon wasn't dropping any bomb shells either. Rahul's play in these circumstances is worthy of being criticised.

Yes, the grandeur of the occasion would have given him butterflies in the stomach. Nerves would have played their part too. And the inexperience came to the fore.Â  But then, this is Test cricket, the hardest format of the game.

However, there still remains a plausible explanation to Rahul's brain-freeze on Sunday.

Rahul was picked for India after showing promise in domestic cricket. He had an unforgettable 2013-14 Ranji season, scoring 1033 runs that helped Karnataka lift the title. He also had a steady 2014 season and impressed with his technique and mental strength, which earned him high praise from none other than Rahul Dravid. What one mustn't forget though is that all of Rahul's runs in domestic cricket came while opening the innings or batting at number three.

It is well documented that the skill sets needed to bat at the top of the order are very different to batting in the middle of the innings. Especially, the art of beginning one's innings. While an opener knows how best to negotiate the new ball, a middle order bat is well versed with the technique of starting his innings against a spinner. Rahul though had never played in the middle order, until this Sunday, on his Test match debut.

Is it possible then that the 22 year old, who had never batted at number six even for his state side in domestic cricket, wasn't well equipped to tackle a spinner right at the start of his innings?

Perhaps, Rahul should be given the benefit of doubt.

Of course, what didn't help matters was Virat Kohli's advice. The Indian vice-captain was seen gesticulating in a manner that suggested he was asking Rahul to clear the ropes. The debutant obliged, only to mistime his shot and head back to the pavilion after a brief eight-ball stay at the crease.

Comments
Topics mentioned in this article
India Cricket Team Australia Cricket Team Aus vs Ind, 2014-15 Cricket
Get the latest updates on ICC T20 Worldcup 2022, check out the Schedule and Live Score. Like us on Facebook or follow us on Twitter for more sports updates. You can also download the NDTV Cricket app for Android or iOS.