There are many positives for India in the batting department, but can India's batting be an all conquering super power? 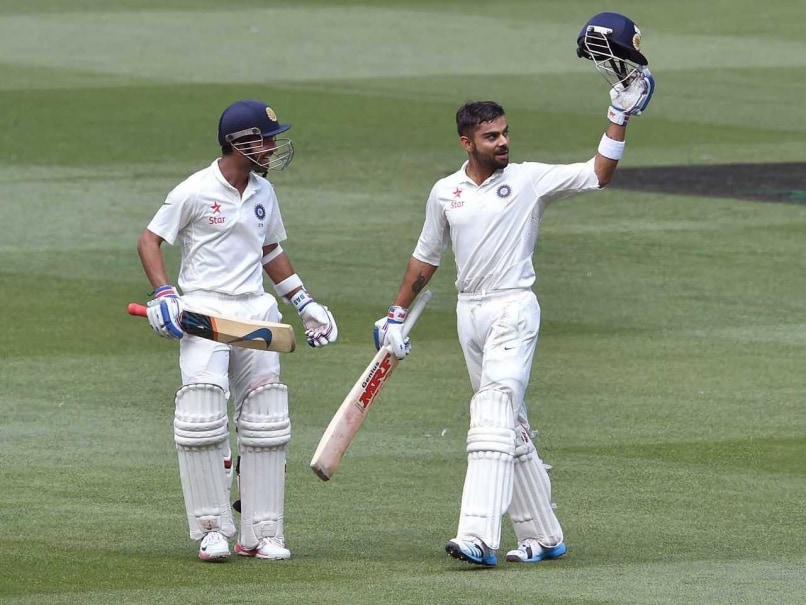 That batting is India's strength is no secret. But Team India's performance with the bat in Australia in the recently concluded Border-Gavaskar Trophy was a revelation of sorts. Even the cynical cricket fan was forced to admit that the future of this young team with the bat, even in foreign conditions looks very good. But can India's batting be an all conquering super power?(Match report | Day 5 Highlights | Scorecard)

Sunil Gavaskar certainly thinks so. While speaking to NDTV he said, "I think this is going to be a truly formidable unit in the future and people will go miles to see this unit because this batting unit has got everything. They will give a lot of pleasure to a lot of people over the next few years if they maintain their form and more importantly if they maintain their fitness and enthusiasm."(Also read: Kohli scores runs by the dozen as Aussies fail to tame his batting)

India crossed the 300 figure mark in 5 out of their 8 innings, that's 4 times more than they had managed on their tour in 2011-12, with the likes of Sachin, Dravid, Sehwag and Laxman in the team. The three batsmen who stood out in this series and who will have very big roles to play to turn India into a Test batting super power are Virat Kohli, Murali Vijay and Ajinkya Rahane, all of whom had an average above 50. Kohli, the new Test Captain led from the front with 692 runs in 8 innings, including 4 centuries. Though he did admit that some of the knocks would have been sweeter had they been in a winning cause, he forced Harsha Bhogle to ask during commentary at one stage, "Is Virat a legend in the making?"

Gavaskar has been all praise for Virat's batting and after the series he told NDTV,"He was extraordinary, to score almost 700 runs in a 4 Test series is never easy. Yet four hundreds to boot and every single time he came out to bat it looked as if he was going to get a hundred. It was such a comforting thought to see him come out to bat because the way he walked out to bat, the confidence that he showed from the first ball, he really was a sight to see."

The Indian Test team is still evolving, still changing, still trying to iron out multiple chinks in its armour. The batting has been fantastic to watch, but there are still a few players who need to prove their Test worth. The likes of Shikhar Dhawan, Rohit Sharma and even Test specialist Cheteshwar Pujara have to start delivering consistently if India are to conquer every bowling attack in the world.

There are many positives for India in the batting department no doubt, but how can the team get better? What is the lesson that the team should learn? According to Gavaskar the scheduling could be better.

"The lesson to be learnt really is that we need to come on tour a little bit earlier to play some matches and get used to it. Ensure that the tour schedule is such that in between Test matches also there is a game or may be even a couple of games so that the out of form players can get their form back and also the fringe players, the guys who know that they have not come on a holiday but on a tour," said Gavaskar.

Think Indian cricket and you will think of great batsmen. The way the current lot is shaping up, India might just become a Test batting super power.

Comments
Topics mentioned in this article
India Cricket Team Australia Cricket Team Aus vs Ind, 2014-15 Cricket
Get the latest updates on ICC T20 Worldcup 2022, check out the Schedule and Live Score. Like us on Facebook or follow us on Twitter for more sports updates. You can also download the NDTV Cricket app for Android or iOS.