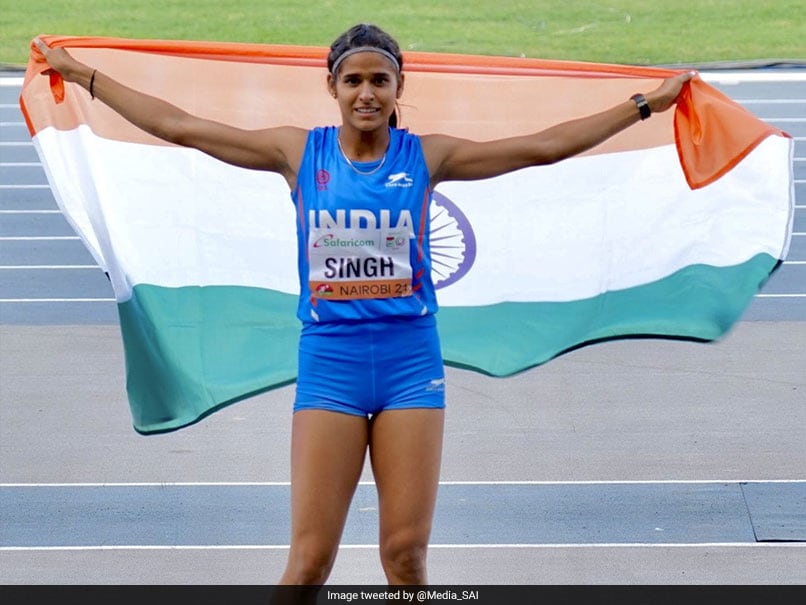 Olympic Champion Neeraj Chopra congratulated Anju Bobby George for her 'mentorship and guidance' to Shaili Singh after the 17-year-old long jumper bagged silver in the World Athletics U20 Championships in Nairobi on Sunday. Shaili jumped 6.59m in the third attempt registering her best show in the event to bag the silver while Sweden's Maja Askag won gold with a jump of 6.60m. Ukraine's Mariia Horielova managed to settle with bronze by recording 6.50m. "Many congratulations, Shaili! You came so close to Gold today, and I'm sure you have a long way to go Congratulations to @anjubobbygeorg1 ma'am for your mentorship and guidance to Shaili," Neeraj Chopra tweeted.

Many congratulations, Shaili! You came so close to Gold today, and I'm sure you have a long way to go
Congratulations to @anjubobbygeorg1 ma'am for your mentorship and guidance to Shaili https://t.co/05W7FPBfsV

Shaili joined the Anju Bobby Sports Foundation in 2017 as a 14-year-old after being spotted by Robert Bobby George, who helped Anju Bobby George to India's lone senior athletics Worlds medal in 2003.

The youngster has since grown leaps and bounds, breaking the junior national record multiple times.

This was India's third medal in the showpiece event having already won bronze in the 4x400m mixed relay team event on Wednesday and silver by Amit Khatri in the 10,000m racewalking event on Saturday.

Jumping first in the final, the Indian athlete registered an identical 6.34m in the first two attempts. Shaili then made a huge improvement with a 6.59m in her 3rd jump.

Wind assistance of 2.2m/s was registered along with that attempt but it took her to the top of the standings, going into the final three attempts.

Triple jump champion Maja Askag soon gave her personal best in the 4th attempt and moved into the lead with 6.60m.

Meanwhile, Shaili's 4th and 5th attempt was an X. In her last attempt, the Indian didn't manage to better her 3rd attempt, as Swedish Maja Askag won gold by a mere difference of 1 cm.

Comments
Topics mentioned in this article
Athletics Neeraj Chopra
Get the latest updates on T20 World Cup, check out the T20 World Cup Schedule and Live Score . Like us on Facebook or follow us on Twitter for more sports updates. You can also download the NDTV Cricket app for Android or iOS.