Despite question marks over her participation because of spondylitis of the lumbar vertebrae, Indian sprint sensation Hima Das led the women's team. 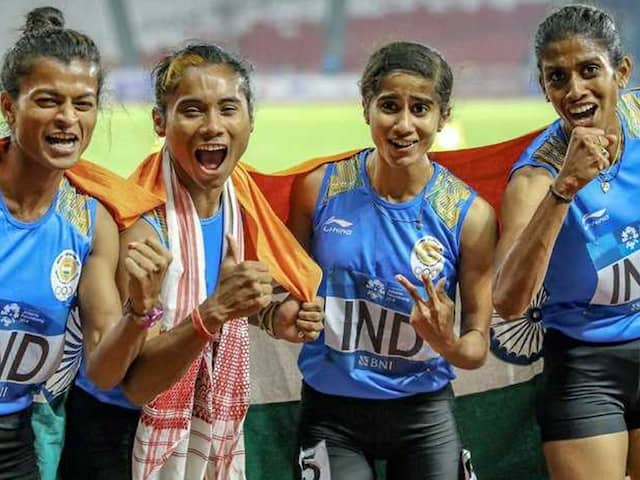 India's hopes at the IAAF World Relays 2019 were dashed on Saturday, with all of the men's, women's and mixed relay teams failing to progress to the finals. Despite there being question marks over her participation because of spondylitis of the lumbar vertebrae, Indian sprint sensation Hima Das was leading the women's team, but failed to take the team beyond the heats. While the Indian men's team finished at the sixth place in Heat 2 with a time of 3:06.05, the women's team finished fourth in Heat 3 with a best effort of 3:31.93.

Also, India finished at the 18th place in the women's relay to miss their chance for qualifying for the World Championships, slated to be held in Doha later this year.

In the women's relay event, which had been thought to be India's best chance of progressing to the finals, Hima Das ran the first leg, managing to keep up with the rest of the pack. MR Poovamma, running the second leg, started to fall off from the race leaders Canada and Jamaica.

There was some clumsiness at the passing of the baton between Poovamma and Saritaben Gayakwad between the second and third legs and there was daylight between the front of the pack at the end of the third leg. VK Vismaya ran an impressive fourth leg but by then India's chances had been blown away.

In the men's relay event, the Indian team of Jithu Baby, Jeevan K. Suresh, Kunhu Muhammed and Muhammed Anas Yahiya failed to put up a show to end at the sixth place.