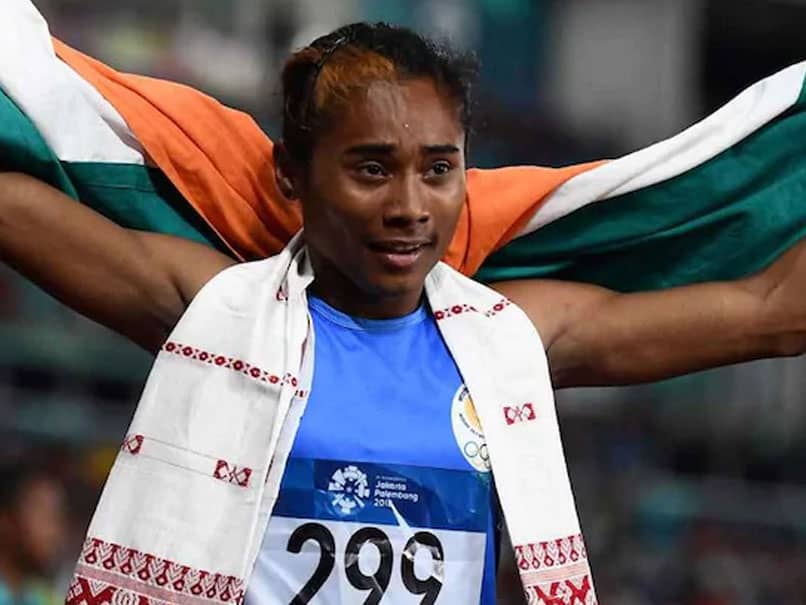 India's ace sprinter Hima Das, continuing her brilliance, yet again made the country proud and claimed her third international gold after she won the top spot in women's 200m event at the Kladno Memorial Athletics Meet in at Kladno on Saturday. Hima Das showed her prowess by claiming third international gold inside two weeks. She had bagged a gold medal in the 200 metre category of the Kunto Athletics meet in Poland on July 7. On Saturday, Hima Das clocked 23.43 seconds to bag the top honours in Czech Republic. Meanwhile, Muhammed Anas Yahiya bettered his own national record to bag a gold medal in the men's 400m race, with a timing of 45.21 sec.

In her first competitive 200m race of the year on July 2, Das had clocked 23.65 sec to win gold at the Poznan Athletics Grand Prix, also in Poland.

After that, Hima Das won her second 200m gold at the Kutno Athletics Meet in Poland on July 8. Braving a sore back, the Assam runner had clocked 23.97 seconds to win the gold while Kerala runner VK Vismaya had grabbed silver with a timing of 24.06 seconds.

World junior champion Hima Das has a personal best timing of 23.10 seconds, which she clocked last year. Hima Das, however, has been struggling with a back problem. The Nagaon-sprinter is also the reigning world junior champion and also a national recorder holder in 400 metre.

Earlier, in Kunto Athletics meet in Poland, Hima Das had clocked 23.97 seconds to finish ahead of VK Vismaya, who clocked 24.06 to clinch the silver.