Hima Das had clinched a gold medal in the Poznan Athletics Grand Prix earlier this week. 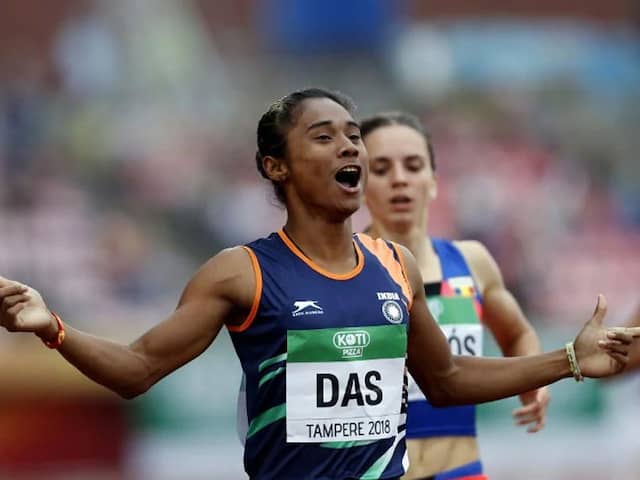 Premier India sprinter Hima Das made the country proud as she bagged a gold medal in the 200 metre category of the Kunto Athletics meet in Poland on Sunday. Hima Das clocked 23.97 seconds to finish ahead of VK Vismaya, who clocked 24.06 to clinch the silver. It was the second gold for the 19-year-old in a week's span, after clinching the top podium finish in the Poznan Athletics Grand Prix. It was also her second medal in as many competitive events this year.

Hima Das has the personal best timing of 23.10 seconds and has been struggling with a back problem.

The Nagaon-sprinter is also the reigning world junior champion and also a national recorder holder in 400 metre.