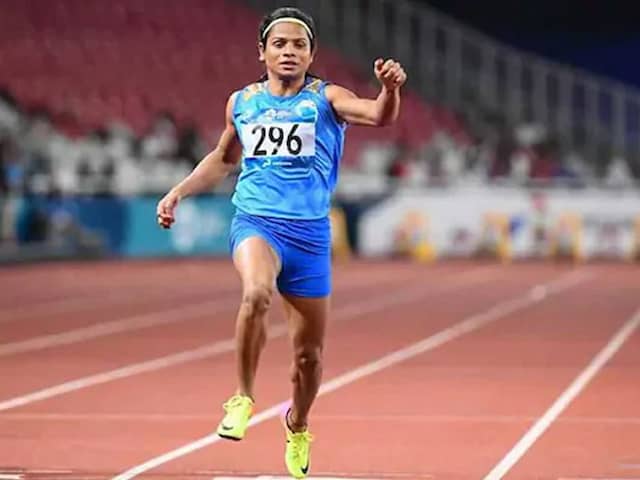 Dutee Chand will have to complete 100m in 11.15 seconds to qualify for Tokyo Olympics next year.© AFP

Ace Sprinter @DuteeChand is selected in the Indian team for upcoming #DohaWorldChampionships, slated to begin from September 27 this year. #OdishaForSports #Odisha2019 https://t.co/NV2Tzbzb2P

"Ace Sprinter @DuteeChand is selected in the Indian team for upcoming #DohaWorldChampionships, slated to begin from September 27 this year," tweeted Odisha Sports.

The AFI selection committee has also approved the names of Archana Suseentran (women's 200m) and high jumper Tejaswin Shankar, subject to an invitation from the IAAF.

Dutee had not met the qualification mark of 11.24 seconds, but has managed to get the required number to be among the competitors in the world event.