Jinson Johnson, who finished with silver in the 800 metres, claimed gold in the 1500 metre. 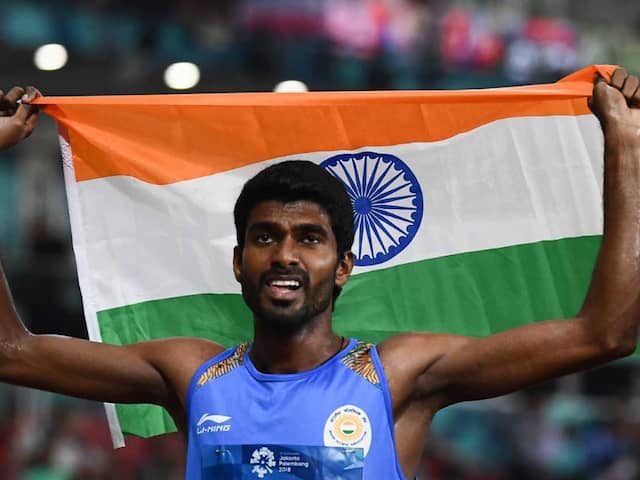 The Indian women's 4x400m relay quartet of Rima Das, M. Poovamma, Saritaben Gayakwad and V. Vismaya continued India's fine tradition in relays in the the Asian Games when they claimed gold in the women's 4x400 relay at the Asian Games 2018. Hima ran a sensational first leg, which gave India a huge lead which they never relinquished, finishing with a time of three minutes, 28.72 seconds. Earlier, Jinson Johnson ran an excellently paced race to claim the Asian Games 2018 1500-metre gold as he fought off a slew of runners with a searing last kick. Jonson Johnson had finished second behind Manjit Singh in the 800 metres but there was not stopping him as he clocked 3 minutes 44.72 seconds to claim gold. Manjit Singh, who had such a great 800 metres, miscalculated his kick in the longer race and finished at 4th position.

Manjit Singh had won gold in the men's 800 metres event while Johnson clinched the silver medal. Manjit had finished the race in 1:46.15 minutes while second-placed Johnson clocked 1:46.35 minutes. Qatar's Abdalla Abubaker came third with a time of 1:46.38 minutes. Manjit was trailing early on but he sprinted real fast in the final stages to win the race.

Never considered a medal contender, Manjit surprised one and all by pipping more fancied Johnson to clinch the gold with a timing of 1:46.15s, which was .20s faster than the Asian Championship medallist from Kerala, who bagged the silver. India's last gold in men's 800m was won by Charles Borromeo in 1982 Asian Games. It was India's only second one-two finish in 800m at the Games since Ranjit Singh and Kulwant Singh achieved the feat at the inaugural edition held in New Delhi in 1951.

Coached by India Army's Amreesh Kumar, Manjit bettered his personal best mark of 1:46.24s set in Guwahati this year at the Nationals to claim his maiden major international medal.