Divya Kakran thrashed Chen Wenling of Chinese Taipei by technical superiority in the play-off for the bronze medal. 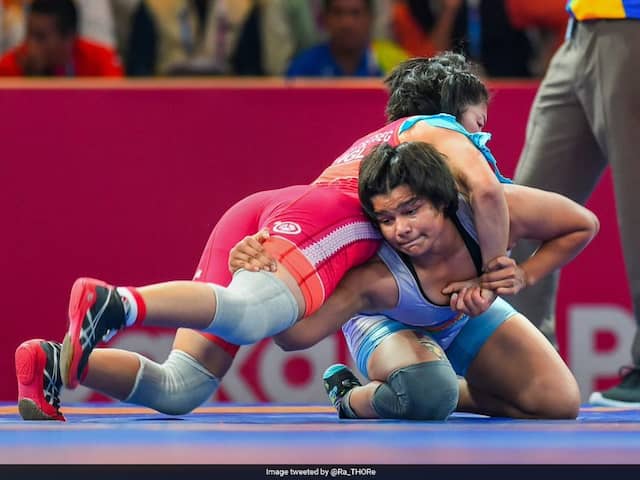 India's wrestler Divya Kakran won the bronze medal in the women's 68-kilogram freestyle category at the 18th Asian Games on Tuesday. Divya thrashed Chen Wenling of Chinese Taipei by technical superiority in the play-off for the bronze medal. A wrestler is declared the winner by technical superiority when he takes a lead of 10 or more points. The Indian hardly broke a sweat, taking just one minute and 29 seconds in the first period to open up a 10-0 lead which gave her the win. Kakran's victory and medal takes India's tally to 10 in the 18th edition of Asian Games.

Earlier, Bajrang Punia (65kg) and Vinesh Phogat (50kg) had claimed gold medals in their respective events in the Asian Games.

Divya had won a gold-winner at the Commonwealth Championships last year.