Tim Paine was widely criticised for his decision-making in the third Ashes Test at Headingley that Australia lost. 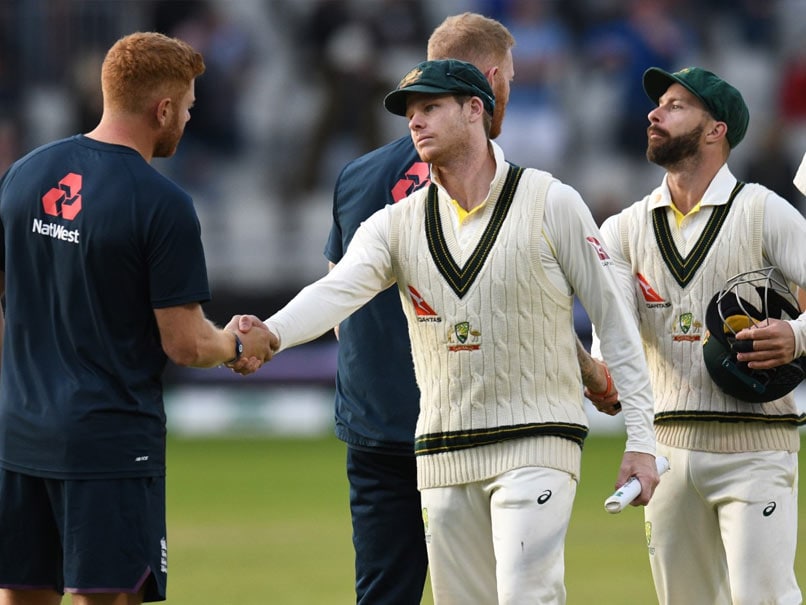 Steve Smith has scored 671 runs in five innings in the ongoing Ashes 2019.© AFP

Steve Smith has top-scored in the Ashes 2019 with 671 runs in five innings so far, making an impressive comeback to the Test cricket following a 12-month ban for ball tampering. Former Australia captain Mark Taylor, who was part of the Cricket Australia board that handed Steve Smith a one-year ban and a further year's suspension from any leadership role, believes that the right-handed batsman is expected to lead the side once again after "Tim Paine is finished as Test captain".

"I believe Smith will captain Australia again," he said in a column for the Sydney Morning Herald.

"I was on the Cricket Australia board that determined the penalties for Smith, David Warner and Cameron Bancroft over the events of Cape Town and have no doubt he will be a better leader next time around because of the very harsh lessons he learnt."

While wicketkeeper Tim Paine assumed the job in Tests and won praise for the way he helped the side retain the Ashes at Old Trafford last weekend, he will be 35 in December.

Usman Khawaja and Travis Head have been touted as potential future leaders, but neither have performed in England while Pat Cummins and Josh Hazlewood are bowlers, who rarely become captains.

Paine was widely criticised for his decision-making in the third Test at Headingley that Australia lost, but he bounced back admirably at Old Trafford and Taylor said he should retain the armband for the upcoming home summer series against Pakistan and New Zealand.

But Smith would be waiting in the wings.

"To me it's not a matter of whether he (Smith) becomes captain again on April 1. It doesn't have to happen that quickly," he said.

"But I'd like to think when Paine is finished as Test captain -- whether that's in six months' time or two or three years -- he would be a candidate to lead the side again."

Another ex-captain, Ian Chappell, has also backed Smith to again assume the role.

"I think the problem for Australia will be there's no one else I can see to captain that side," he said recently, while Ricky Ponting stated he "wouldn't have any problem with it at all".

"If the hierarchy at Cricket Australia have an issue with him ever being captain again, they would have given him a life ban, wouldn't they?" Ponting said last month.

Steven Smith Mark Taylor Ricky Ponting The Ashes 2019 Cricket
Get the latest updates on IPL Auction 2023 and check out  IPL 2023 and Live Cricket Score. Like us on Facebook or follow us on Twitter for more sports updates. You can also download the NDTV Cricket app for Android or iOS.