Morocco and Iran would be very keen to claim points in their Group B opener before they face big guns Spain and Portugal. 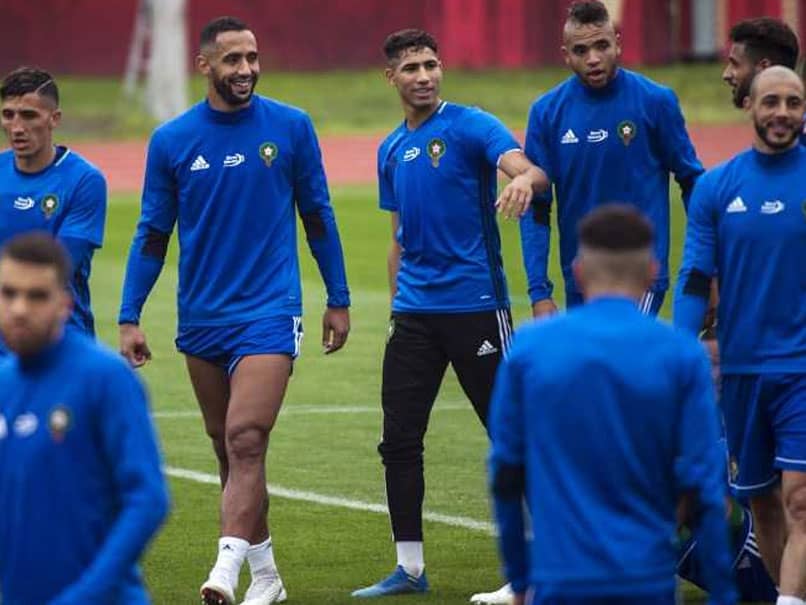 Morocco and Iran face off in Group B opener in St Petersburg Stadium on Friday with an aim to springing a surprise by progressing to the Round of 16. Morocco and Iran have never met in a FIFA World Cup match. They met each other only once previously, a tie which ended in a draw. The last time Morocco appeared in a World Cup was two decades ago in 1998, hosted by France. They entered the tournament under the tutelage of Herve Renard and will aim for a turnaround in their sixth appearance.

This is the fifth time that Iran will play at a World Cup. Their first World Cup was in 1978 where they faced a first round exit. Their last three appearances were in 1998, 2006 and 2014 editions.

Sardar Azmoun has been piling up the international goals for an Iran squad that has regularly superseded expectations.

With 23 international goals in just 32 games, the 23-year-old is already fifth on Iran's list of all-time leading scorers. Azmoun was a standout volleyball player as a teenager before concentrating solely on football, and uses his athleticism and acceleration to great effect. He was snapped up by Rubin Kazan in 2013 and while Arsenal and Liverpool have reportedly showed interest in the past, he remains in Russia.

He will team up with Alireza Jahanbakhsh, who became the first Asian to finish as the Dutch league's top scorer this season, as Iran try to punch above their weight in a section featuring Portugal and Spain.

A Dutch youth international, Hakim Ziyech ultimately elected to represent Morocco rather than the country of his birth in 2015. It was a decision blasted by Netherlands great Marco van Basten but one that helped Morocco end a 20-year World Cup absence. An attacking midfielder with the facility to penetrate the opposition, he is the fulcrum in an underrated Morocco side and has an eye for goal, finding the net eight times in 15 matches.

Two prolific seasons at Twente earned him a move to Ajax in 2016 but Ziyech is looking for a new challenge after landing the league's player of the year award and will be desperate to prove his value in Russia.

Morocco 2018 FIFA World Cup Football Morocco vs IR Iran, Match 3
Get the latest updates on India vs Australia Series, check out the India vs Australia Schedule for 2020-21 and Ind vs Aus live score . Like us on Facebook or follow us on Twitter for more sports updates. You can also download the NDTV Cricket app for Android or iOS.