A slow economy and a distant tournament are keeping the Brazil fans' purse strings tight. 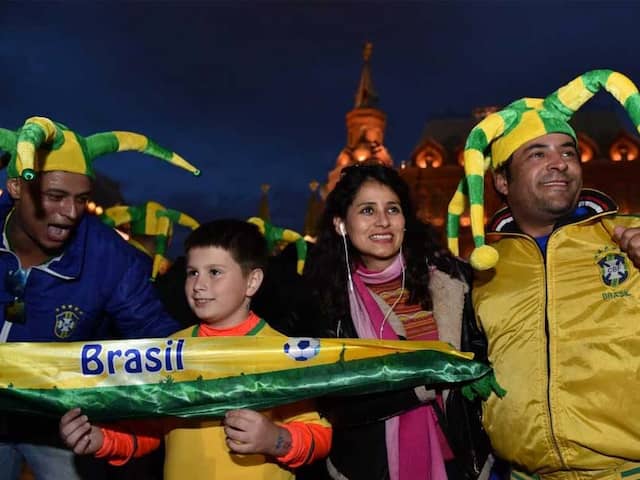 After facing a World Cup drought since 2006, record World Champions Brazil fans have cut short on their early plans of celebration for their national team as the second placed side gear up to participate in the forthcoming World Cup in Russia slated to get underway from June 14. Brazil will open their campaign on June 17 against Xherdan Shaqiri starred Switzerland. Some 24 per cent of consumers plan to buy products over the next few weeks to celebrate well below the 50.1 per cent who spent money on the 2014 World Cup in Brazil, according to the results of a survey released Monday by the Brazilian Business Confederation.

"In addition to there naturally being less enthusiasm among the people for a World Cup played abroad, the situation among consumers is less favorable in 2018 than it was four years ago," Brazilian Business Confederation economic unit chief Fabio Bentes said in a statement.

Brazil's economy contracted 3.5 per cent in 2015, the worst performance in 25 years, and another 3.5 per cent in 2016, marking the first time since 1931 that the gross domestic product (GDP) fell for two consecutive years, Efe reported.

Even though Brazil has started recovering from the severe recession, households are still struggling with low purchasing power and high unemployment, Bentes said.

The trade group, however, said it was still a good sign for businesses that one in four Brazilian consumers planned to spend money on products linked to the World Cup.

"Despite the fact that the country already put the recession behind it, the recovery in the economy and consumer spending continues to be slow and subject to fluctuations," Bentes said.

Brazil Neymar 2018 FIFA World Cup Football
Get the latest Cricket news, check out the India cricket schedule, Cricket live score . Like us on Facebook or follow us on Twitter for more sports updates. You can also download the NDTV Cricket app for Android or iOS.