Pele may miss the FIFA World Cup 2018 opening ceremony due to ill health. 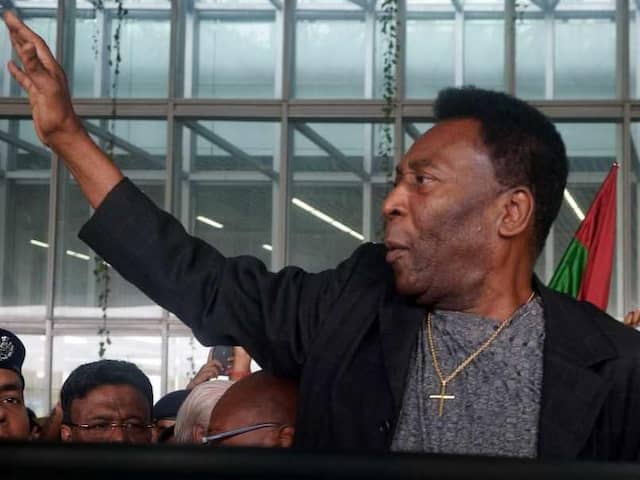 Brazilian legend Pele may not be part of the opening ceremony and the inaugural match of the FIFA World Cup on June 14, having cancelled his scheduled trip to Russia because of ill health. Pele's spokesperson didn't confirm his absence but said that he had some problems with his legs and a clearer picture about his presence would emerge on Tuesday. The first match of the 2018 World Cup will see hosts Russia take on Saudi Arabia in a Group A encounter at the Luzhniki Stadium at Moscow.

"He is feeling ill. He has problems in his legs," his spokesperson told reporters, Efe news reported.

Edson Arantes do Nascimento, the football legend -- who won the Jules Rimet Cup, used as the World Cup trophy from 1930-1970, three times -- is one of the main guests invited at the opening ceremony in Luzhniki Stadium.

The Brazilian star first took part in a World Cup match in 1958, going up against the Russian squad in 1958 in Sweden.

Pele, 77, has undergone several spinal, femur and cartilage operations of late, which have forced him to curtail his public appearances.

He has expressed concern about the Brazilian team saying the squad has not come together yet as a unit. He said it was the teams that won the past World Cups, not individuals.

But there has been some positive news from the Brazilian camp with star forward Neymar returning match fitness. Neymar marked his return to the starting line-up with another brilliant goal as Brazil eased to a 3-0 win over Austria in Vienna in a FIFA World Cup warm-up match on June 10.

Neymar had undergone a foot operation three months ago and the news of his return will be an ominous one for the other big teams in the competition.

Neymar's goal was his 55th in a Brazil shirt, allowing him to draw level with Romario on his country's list of all-time leading scorers -- only the great Pele and Ronaldo have scored more goals for Brazil than the Paris Saint-Germain superstar.

Saudi Arabia 2018 FIFA World Cup Football
Get the latest Cricket news, check out the India cricket schedule, Cricket live score . Like us on Facebook or follow us on Twitter for more sports updates. You can also download the NDTV Cricket app for Android or iOS.