Ronaldo will be a part of FIFA 2018 World Cup opening ceremony before the first game between hosts Russia and Saudi Arabia. 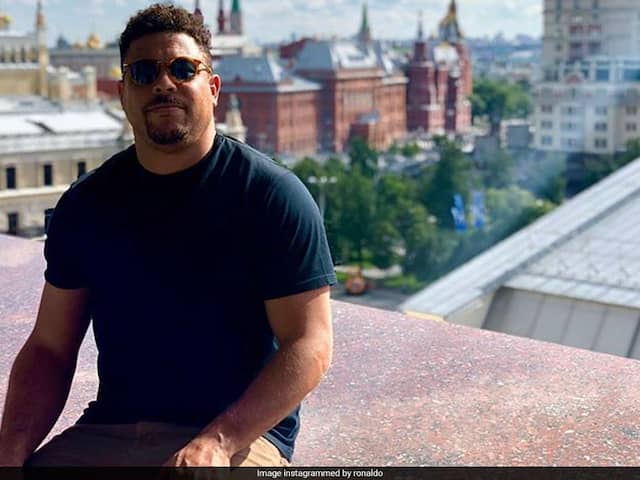 Brazil's legendary footballer Ronaldo will be a part of Thursday's 2018 FIFA World Cup opening ceremony before the first match between hosts Russia and Saudi Arabia. British pop star Robbie Williams and Russian soprano Aida Garifullina will also take part in a revamped version of the traditional pre-tournament extravaganza at Moscow's Luzhniki Stadium, football's governing body FIFA said in a statement on Monday. "The opening match is always a very symbolic one - it is that instant when you realize that the big moment you, as a player or fan, have been waiting for four years has finally arrived," said Ronaldo, a World Cup winner in 1994 and 2002.

Already in Moscow for the #WorldCup

Unlike previous editions, this year's opening ceremony will take place just half hour before the curtain-raiser match, with a stronger focus on musical acts.

Some 80,000 fans are expected to be in attendance while millions more will watch the live broadcast around the world.

"No one knows what will happen in the four weeks of the tournament, but everyone is sure that it will be memorable," Ronaldo said.

"Of course it is also an emotional one for the hosts. After so much hard work, suddenly the whole world is gathered in your backyard to celebrate their love for football. I felt that in Brazil four years ago and I am now happy to share this excitement with the Russians as well."

No details were given about the role Ronaldo will play in the ceremony, whose creative director is local producer Felix Mikhailov.

"We'd like to invite football and music fans to party with us in Russia, in the stadium, or to tune in their TVs a little earlier for an unforgettable show," Williams said.

Meanwhile, another Brazilian legend Pele may not be part of the opening ceremony and the inaugural match of the FIFA World Cup on June 14, having cancelled his scheduled trip to Russia because of ill health. Pele's spokesperson didn't confirm his absence but said that he had some problems with his legs and a clearer picture about his presence would emerge on Tuesday. "He is feeling ill. He has problems in his legs," his spokesperson said.

Edson Arantes do Nascimento, the football legend -- who won the Jules Rimet Cup, used as the World Cup trophy from 1930-1970, three times -- is one of the main guests invited at the opening ceremony in Luzhniki Stadium.

Brazil Ronaldo 2018 FIFA World Cup FIFA Football
Get the latest Cricket news, check out the India cricket schedule, Cricket live score . Like us on Facebook or follow us on Twitter for more sports updates. You can also download the NDTV Cricket app for Android or iOS.