Ronaldo, Brazil great, feels it doesn't surprise him that the football system has fallen on a global level. He also urged investigators to unearth more facts about the corrupt officials. 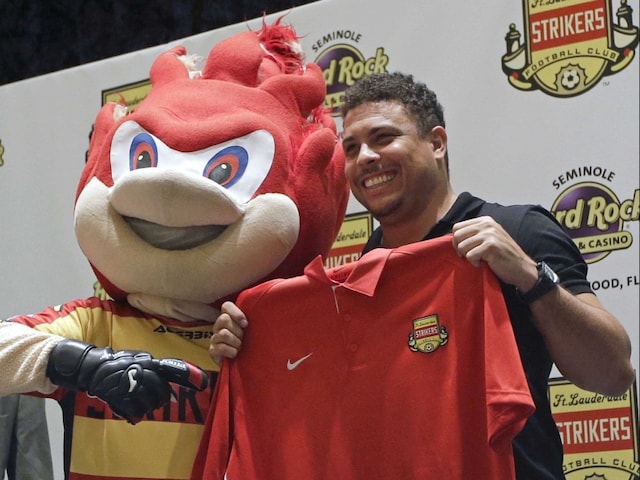 Ronaldo said he had "always heard a lot" about shady deals in the game and urged authorities to act swiftly to identify crooked officials.© AP
Rio de Janeiro:

Brazil legend Ronaldo has said he expects "many people will fall" as a result of a worldwide probe into corruption in football. (FIFA boss Sepp Blatter tells members that he will remain the president)

Ronaldo said he had "always heard a lot" about shady deals in the game and urged authorities to act swiftly to identify crooked officials.

"When you are involved in football, you hear about what goes on," Ronaldo said on Monday.

"It doesn't surprise me that the system has fallen on a global level. It's time to make things more transparent. Many people will fall. It is important that the authorities find out more about this (corrupt) network. We hope that football can once again be pure."

The 79-year-old Swiss is accused of signing a contract that was "unfavourable to FIFA" and making a "disloyal payment" to UEFA president Michel Platini, who has also been questioned. Blatter and Platini denied any wrongdoing on Monday.

In May, the US department of justice indicted 14 current and former FIFA officials on charges that included racketeering, wire fraud and money laundering.

Swiss authorities are also investigating the bidding process for the 2018 and 2022 World Cups, to be held in Russia and Qatar.

The scandal has had major repercussions in Brazil, where a congressional inquiry is looking into claims of graft within the country's football confederation (CBF).

Among those being investigated is CBF president Marco Polo Del Nero, who replaced Jose Maria Marin as head of the confederation in April.

Del Nero raised eyebrows in May when he unexpectedly returned to Brazil from Switzerland just hours after Marin was arrested in Zurich as part of the US probe.

Comments
Topics mentioned in this article
Ronaldo Football
Get the latest Cricket news, check out the India cricket schedule, Cricket live score . Like us on Facebook or follow us on Twitter for more sports updates. You can also download the NDTV Cricket app for Android or iOS.