Switzerland would like to post a win and ensure that there are no glitches on their way to the Round of 16. 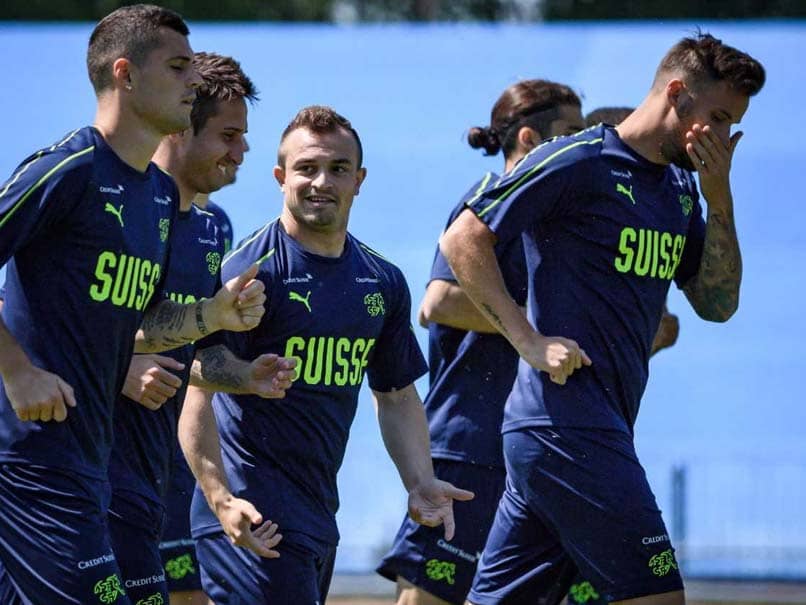 Switzerland have the opportunity to secure their place in the last 16 and even top Group E.© AFP

All eyes may be trained on Brazil's potentially explosive match FIFA World Cup 2018 against Serbia on Wednesday, but at the same time Switzerland have the opportunity to secure their place in the last 16 and even top Group E. Switzerland will take on bottom-placed Costa Rica in their last Group E clash at Nizhny Novgorod Stadium on Wednesday. A win, or even a draw, for the Swiss against an already eliminated Costa Rica could book their ticket in the knockout stages.

A big victory could mean them taking the group and potentially setting up a clash with Germany in the last 16, providing the stuttering World Cup holders emerge from Group F.

And if Brazil beat Serbia, the Swiss will go through even if they lose to Costa Rica.

But although their progress on the pitch has been smooth -- a creditable 1-1 draw with Brazil, followed by an exhilarating win over Serbia -- off the field it has been anything but easy.

On the other hand, Costa Rica's national team must be looking to sign off their 2018 FIFA World Cup campaign with a victory after failing to qualify for the last 16 round.

Costa Rica were eliminated from the World Cup after suffering two defeats in Group E against Serbia 1-0 and Brazil 2-0.

The training session was attended by all the players under the command of coach Oscar Ramirez in the Russian municipality of Pavlovsk on the outskirts of Saint Petersburg.

Despite their elimination, the players were in a good mood during the session, which included tactical work.

Brazil and Switzerland are tied for the first position in Group E with four points each, one point ahead of third-placed Serbia, while Costa Rica are at the bottom with no points.

Costa Rica 2018 FIFA World Cup Switzerland vs Costa Rica, Match 44 Football
Get the latest updates on India vs England Series, India vs England , live score and IPL 2021 Auction . Like us on Facebook or follow us on Twitter for more sports updates. You can also download the NDTV Cricket app for Android or iOS.