Cristiano Ronaldo got away with a yellow card after VAR reviews. 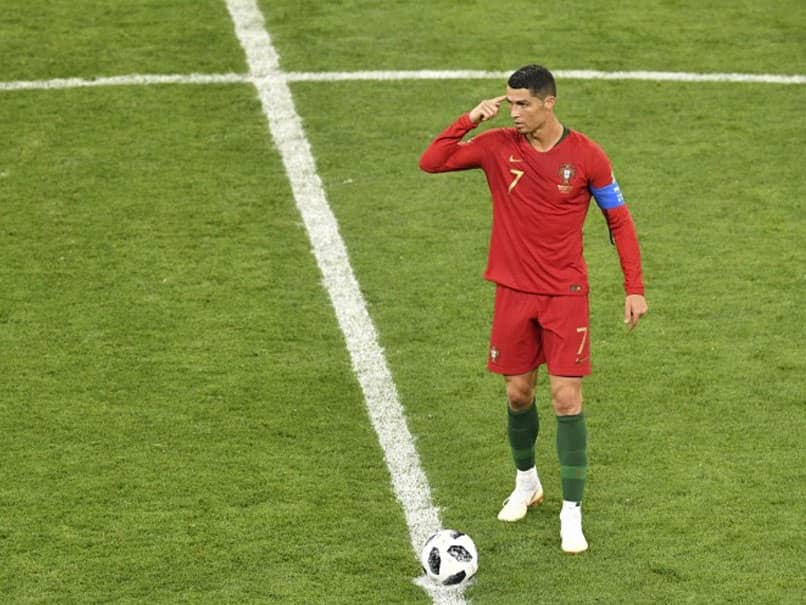 Iran coach Carlos Queiroz said Cristiano Ronaldo should have been sent off for an elbow.© AFP

Iran coach Carlos Queiroz said Portugal captain Cristiano Ronaldo should have been sent off for an elbow during Monday's 1-1 draw against his team's last Group B clash of the FIFA World Cup 2018. Ronaldo was booked after 83 minutes of the Group B clash for catching Iran defender Morteza Pouraliganji, with the incident reviewed by the referee on a pitch-side monitor. "It is a red card," Carlos Queiroz said.

"It is not about the referee. It's about the attitude, the bravery and the character, the decisions must be clear for everybody," he said.

"So in my opinion, Mr. Infantino and FIFA, everybody agreed that VAR is not going well. That's the reality, there's a lot of complaints," Queiroz said.

"I don't want to talk too much, it's about my country and a player. I know it'll be a war against me," said Queiroz, who coached his native Portugal at the 2010 finals in South Africa.

"No problem I get used to being one man against the nation, and one nation against the man since South Africa. I don't have problems with that.

"But the reality is you stopped the game for VAR, there is an elbow. An elbow is a red card in the rules. In the rules it doesn't say if it is (Lionel) Messi or Ronaldo..."

Ronaldo missed a second-half penalty in Saransk as Portugal survived a late scare against Iran to set up a last-16 meeting with Uruguay.

Portugal finished runners-up behind Spain, as Iran fell just short of reaching the knockout phase for the first time at a World Cup.

Cristiano Ronaldo 2018 FIFA World Cup IR Iran vs Portugal, Match 36 Football
Get the latest updates on India vs England Series, India vs England , live score and IPL 2021 Auction . Like us on Facebook or follow us on Twitter for more sports updates. You can also download the NDTV Cricket app for Android or iOS.