In what is largely a pretty smooth ride for top sides, Group B promises on of the key matches in the FIFA World Cup 2018 league stages. 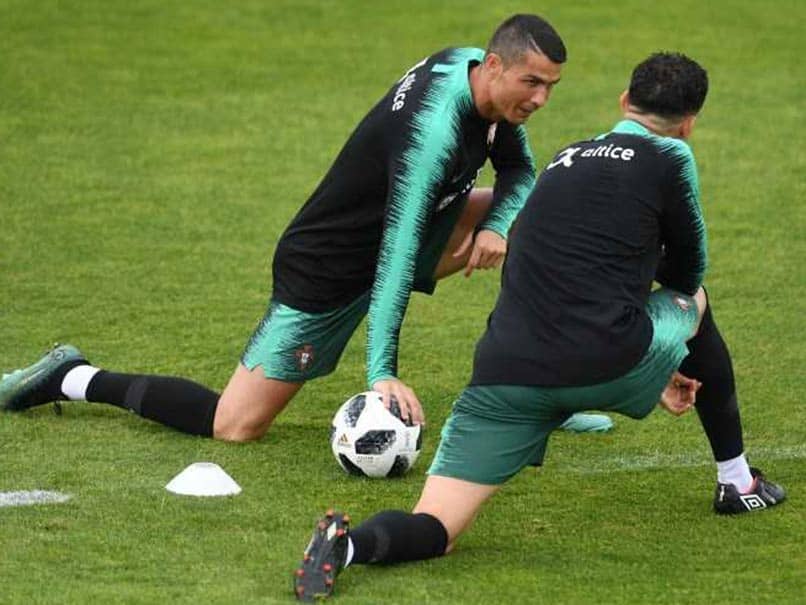 This could be Ronaldo's final World Cup and he will want to make it count before he retires.© AFP

Group B includes heavyweights Spain and Portugal alongside Morocco and Iran in the FIFA World Cup 2018 in Russia. This group seems to be a straightforward one on paper as both Spain and Portugal look to ease past the round robin stage. Only if Iran or Morocco manage to cause an upset, the two European forces should be favourites out of the four nations. Portugal has never won a World Cup and they will look to create history under the captaincy of Cristiano Ronaldo. The highest finish for the Portuguese team was third in 1966 under legend Eusebio. Spain, on the other hand, will look to banish their previous outing memories and redeem themselves for their early ouster in the 2014 edition in Brazil. Morocco and Iran will want to cause an upset and make their presence felt.

Group B in detail.

Iran sealed their World Cup spot with a 2-0 win over Uzbekistan becoming the first team to qualify from Asia. They were unbeaten in 18 qualifying matches. Iran will be playing in their fifth World Cup, qualifying back-to-back for the first time.

Coach Carlos Queiroz is optimistic about his team's chances and is hopeful Iran will reach the knockout stage. This Iran team topped their qualification group and didn't lose a single match despite being in a group placed alongside South Korea and 2022 World Cup hosts Qatar.

Defence remains Iran's forte with Seyed Majid Hosseini and Milad Mohammadi their peripheral figures at the back line. Sardar Azmoun (fondly called the Iranian Messi) and Alireza Jahanbakhsh will look to trouble the opponents with their attacking threat. Saeid Ezatolahic will be key in the midfield for Iran.

Morocco qualified for the World Cup for the first time in 20 years. Ajax midfielder Hakim Ziyech and Younes Belhand form a formidable partnership in this Moroccan side and with age by their side, they can be the surprise element.

Led by coach Herve Renard, Morocco have become more disciplined and one can see more flair in this team based on solid defending and pacy attacking threat. This team is a very well-drilled and has a tough defence.

They qualified for the World Cup without conceding a goal and have let in only 11 in 23 matches over two years.

This could be Cristiano Ronaldo's final World Cup and he will want to make it count before he hangs up his boots. He has been remarkable at the club level and hopes to emulate the same for the national side. Portugal did win the Euro 2016 after a nervy victory over France.

Portugal have an experienced squad at their disposal. Pepe is an imposing figure in defence with Joao Moutinho aiding him in the middle of the park. Ronaldo will be their go-to man alongside youngster Andre Silva.

Coached by Fernando Santos, this team has rebuilt from the back to give Ronaldo the support in the attack.

Spain enjoyed their share of the purple patch with their possession-based football between 2008 and 2012. This team won the Euro tournament in 2008 and 2012 while they won the 2010 World Cup in South Africa. This team has an array of talent at their disposal with an amalgamation of young and experience both.

Youngsters Isco, David de Gea, Marco Asensio will share the dressing room with veterans like Andres Iniesta, David Silva and Sergio Ramos. Diego Costa will lead their attack force but he remains the sole experienced player in their forward line.

Julen Lopetegui has managed this Spain side well inculcating a winning mentality after taking over from former boss Vicente del Bosque.

Cristiano Ronaldo
Get the latest updates on India vs England Series, India vs England , live score and IPL 2021 Auction . Like us on Facebook or follow us on Twitter for more sports updates. You can also download the NDTV Cricket app for Android or iOS.