Cristiano Ronaldo has joined his Portugal teammates in preparations for their 2018 World Cup campaign, which begins June 15 with a match against Spain in Sochi, Russia. 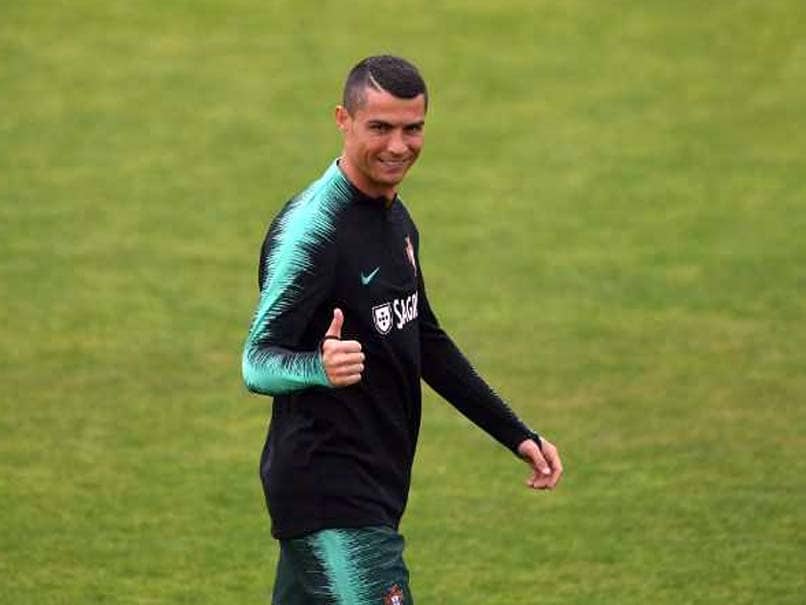 Cristiano Ronaldo has joined his Portugal teammates in preparations for their 2018 World Cup campaign.© AFP

Cristiano Ronaldo has joined his Portugal teammates in preparations for their 2018 World Cup campaign, which begins June 15 with a match against Spain in Sochi, Russia. The Real Madrid star, who took some time off after the Blancos' victory over Liverpool in the Champions League final on May 26, arrived on Monday at the squad's training facility in the Lisbon suburb of Oeiras, Efe news reported.

Ronaldo, a five-time winner of the Ballon d'Or as the world's top footballer, is always a magnet for attention and media interest in Portugal's all-time leading scorer has been heightened by his recent comments suggesting that might leave Real Madrid.

But when the subject of Ronaldo's future came up Monday during a press conference, teammate Joao Moutinho insisted that Cristiano would not be distracted by the issue.

"It does not affect him nor will it affect any of the players. We are focused on what we have to do in the national team. We are concentrated on that and not on speculation regarding what a player will or will not do," the AS Monaco midfielder said.

With Ronaldo's arrival, Moutinho said, "We have a complete group now. He is an added value. We have the best in the world with us and we have to learn and evolve with him."

Ronaldo will play Thursday when Portugal host Algeria in Lisbon in a friendly.

Playing without their leader, Portugal drew 2-2 with Tunisia and 0-0 against Belgium in their last two friendlies.

Cristiano Ronaldo Football 2018 FIFA World Cup
Get the latest updates on India vs Australia Series, check out the India vs Australia Schedule for 2020-21 and Ind vs Aus live score . Like us on Facebook or follow us on Twitter for more sports updates. You can also download the NDTV Cricket app for Android or iOS.