France's Mbappe Made Around $500,000 At World Cup. It's All Reportedly Going To Charity

According to L'Equipe, Mbappe will be donating all his earnings to a charity that provides sports activities to hospitalized and disabled children. 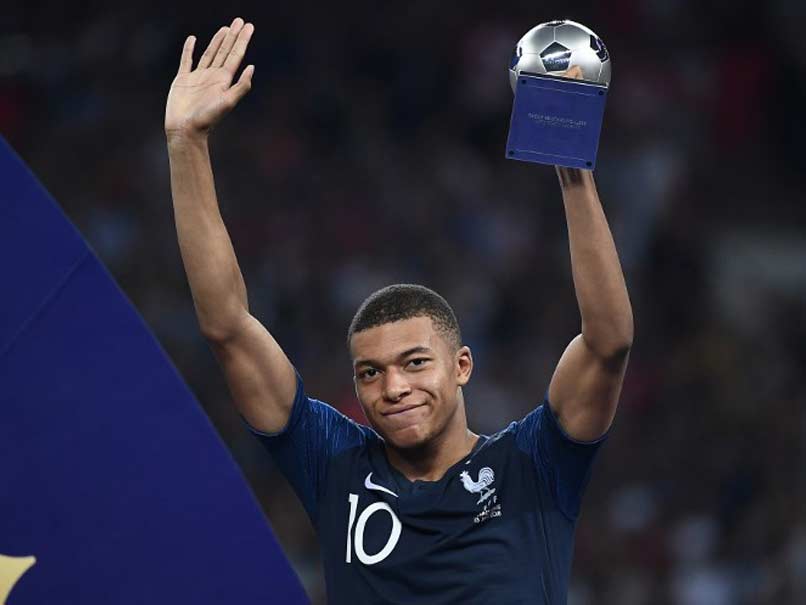 According to Sports Illustrated, 19-year-old soccer phenom Kylian Mbappe earned about $22,500 for each of France's seven World Cup matches, plus a bonus of around $350,000 after Les Bleus won the title Sunday with a 4-2 victory over Croatia. Totaling that up, he'll take in more than $500,000 for his highly successful month in Russia. But he apparently won't be keeping one euro of it. Instead, according to L'Equipe, he will be donating it all to Premiers de Cordee, a charity that provides sports activities to hospitalized and disabled children.

Mbappe first formed an association with the charity in 2017, according to Le Parisien. Sebastian Ruffin, Premiers de Cordee's general manager, called Mbappe "a great person" in a brief interview with the French publication.

"We were made aware by the entourage of the player and his family a few days ago," Ruffin said. "We do not want to come forward, because the bonus would be paid only in case of qualification of the Blues in the quarterfinals, but we are very touched by the approach of Kylian. This is a very personal approach made by the player: We never ask for financial help from our sponsors."

Mbappe, who scored four goals during the World Cup and took home FIFA's Best Young Player award, made about $1.8 million per month while playing last season for French club Paris Saint-Germain, and he's set to make a whole lot more in the future.

France Kylian Mbappe 2018 FIFA World Cup Football
Get the latest updates on ICC Women's Cricket World Cup 2022 and IPL 2022, check out the Schedule , Live Score and IPL Points Table. Like us on Facebook or follow us on Twitter for more sports updates. You can also download the NDTV Cricket app for Android or iOS.