Captain Harry Kane scored a brace as England overcame Tunisia with a 2-1 victory in their FIFA World Cup Group G opening clash at the Volgograd Arena in Russia on Monday. 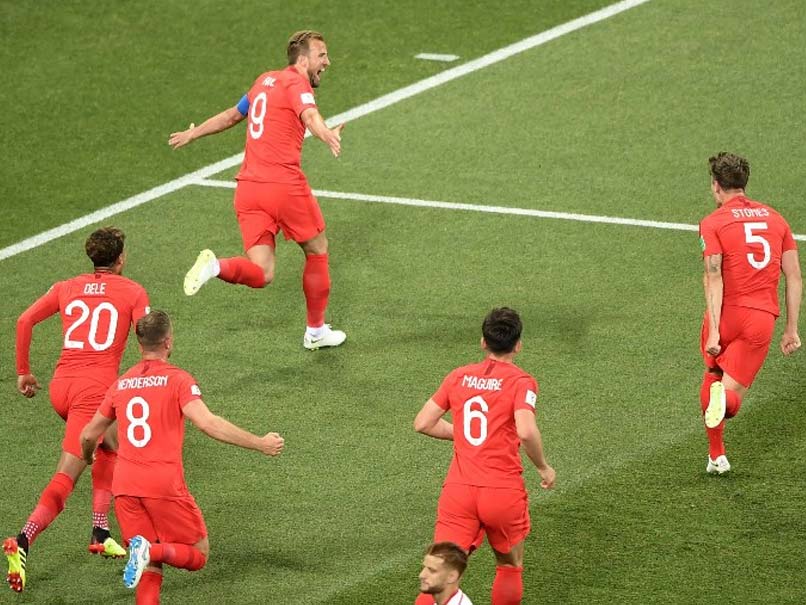 Captain Harry Kane scored a brace as England overcame Tunisia with a 2-1 victory in their FIFA World Cup Group G opening clash at the Volgograd Arena in Russia on Monday. Harry Kane gave England the lead in the 11th minute but Ferjani Sassi converted a penalty to pull Tunisia level in the 35th minute. However, Kane headed home off a corner in the 90+1st minute to give England the winning goal. England kept it late to seal the win but their overwhelming start nearly blew Tunisia away. England were all over Tunisia, beginning the match in an emphatic manner.

Here's a look at three things we learned from the match.

Harry Kane scored 46 goals in all competitions for Tottenham last season but had never before scored in a major tournament finals for England -- until now.

Marked tightly, and often unfairly, by the Tunisian defence at set plays he managed to wriggle free twice -- and scored on both occasions to go second in the Golden Boot standings behind Cristiano Ronaldo and level with Denis Cheryshev, Diego Costa and Romelu Lukaku.

Leicester City's central defender Harry Maguire was a constant threat from set pieces -- his header set up Kane's winning goal -- and an assured presence at the back which earned him praise from Gareth Southgate.

"Harry Maguire's potential is huge," said Southgate of the 25-year-old.

"Both he and Jordan Pickford have not played in cup finals and big-stage Champions League matches -- but he has great composure and has a calm temperament. He has outstanding potential and hope tonight has given him a lot of belief."

The hooligans stayed at home

England fans were given the warmest of welcomes in Volgograd and they reciprocated by being the perfect guests with no sign of any hooligan element that had been feared.

"People in England said don't go, you won't come back, but it's been great," said Jonathan Phillips, from London as fans chanted Harry Kane's name outside the 45,000-seater stadium after the match.

Tunisia Harry Kane Volgograd Arena 2018 FIFA World Cup Football Tunisia vs England, Match 14
Get the latest updates on ICC T20 Worldcup 2022, check out the Schedule and Live Score. Like us on Facebook or follow us on Twitter for more sports updates. You can also download the NDTV Cricket app for Android or iOS.