Renault gifted wrestlers Ravi Dahiya and Bajrang Punia their SUV Kiger after their medal-winning performances at the Tokyo Olympics. 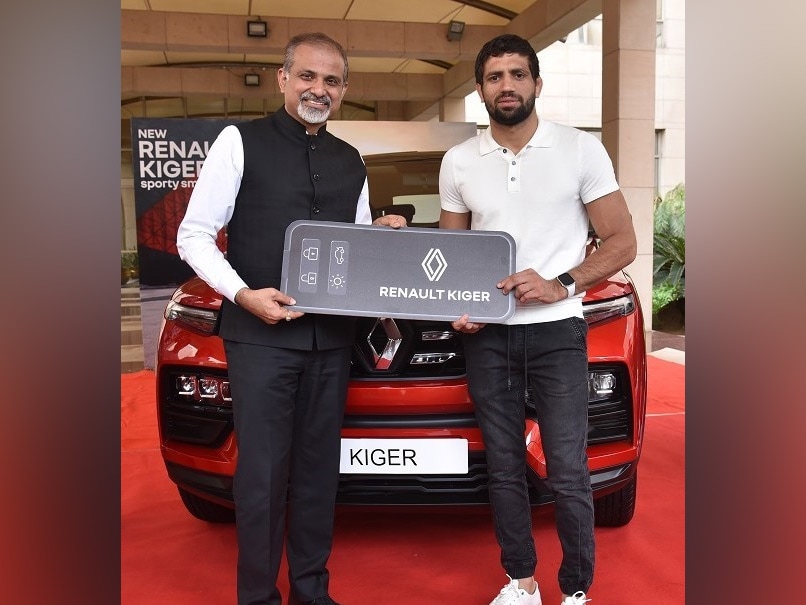 Wrestlers Ravi Dahiya and Bajrang Punia, who won a silver and bronze medal respectively at the recently concluded Tokyo Olympics, received brand new SUVs on Saturday from Renault. Renault India presented the wrestlers a Kiger "for their stunning performance on the world stage and making every Indian proud of their feat." "Both Ravi and Bajrang not only 'wrestled' their way into the hearts of the entire nation but with their dedication and commitment, they also became an inspiration for other athletes. Their journeys find resonance with a billion Indians who aspire to break out of their humble backgrounds," Renault said in a statement.

"Renault is proud to celebrate their indomitable spirit and unflinching commitment," the company added.

Ravi Dahiya won the silver medal in the men's 57kg category at the Tokyo Games. He pulled off a dramatic comeback in his semifinal bout before losing in the final to two-time world champion Zavur Uguev.

Bajrang Punia, on the other hand, played the Olympics with a slight niggle in his knee, but despite losing in the semifinals, dominated his opponent Daulet Niyazbekov in the bronze medal bout, which he won 8-0.

India finished the Tokyo Games with seven medals - the country's best ever medal haul at the Olympics, going past its tally of six at London 2012.

The Indian men's hockey team ended its medal drought at the Olympics with a bronze in Tokyo.

Comments
Topics mentioned in this article
Ravi Dahiya Bajrang Punia Wrestling
Get the latest updates on India vs South Africa and check out  Schedule, Results and Live Score. Like us on Facebook or follow us on Twitter for more sports updates. You can also download the NDTV Cricket app for Android or iOS.