Mom at 14, Still a Wrestler

It is without doubt very tough to be a wrestler. But can you imagine a 19-year-old mother of twins to become an international level wrestler? 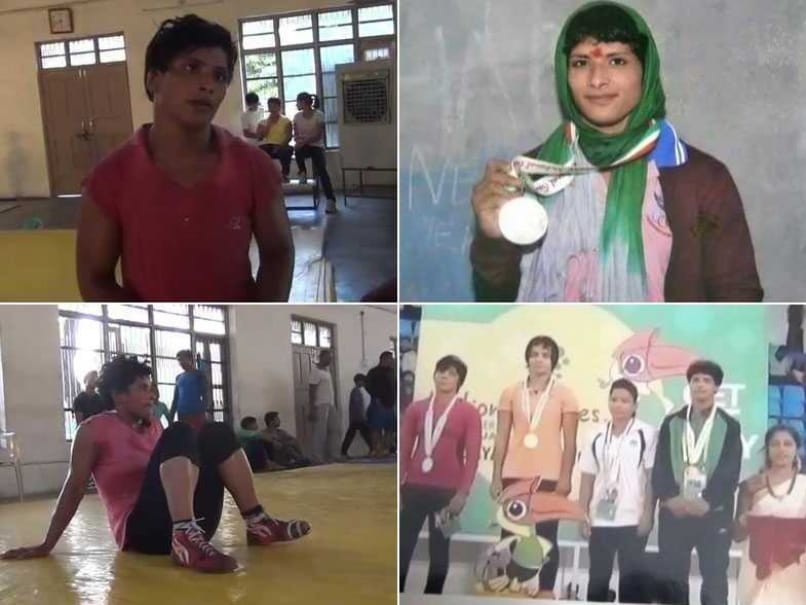 Nineteen-year-old Nitu looks like any other young female wrestler when she steps onto the mat in the training facility in Rohtak. But the struggles she has had to go through already are almost unimaginable. Like a lot of other female sportspersons in the country, Nitu was all alone in her desire to pursue her passion, "The situation at home was such that I found it very difficult to pursue wrestling. My family members also didn't allow me to wrestle."

Born in Bhiwani in 1995, Nitu was forced to get married at the age of 13. And at 14 she was the mother of twin children. There is no stable income in her household, "My husband is unemployed, my mother in-law gets some pension and we use that to pay for the education of our children and run our household." But financial problems weren't the only hurdles Nitu is having to overcome. She had to chase her dreams while living in what is an extremely orthodox neighbourhood in Rohtak. She said, "My weight was over 80 kg. I used to get up and go running at 3 am so that I could work out and return home before anyone woke up in the village."

Despite juggling motherhood and wrestling, Nitu's talent though couldn't be repressed. She went on to win several medals at junior and senior national championships and even represented India in the world Championships last year. Her coach, Mandeep Singh is in full praise, "She never wastes time. She works very hard at her training. If she can improve her technique, the results will show."

Despite being an international level wrestler, this very young mother of two is still training without any government support. Any kind of financial help will not only help her train better but also improve her living conditions.

Comments
Topics mentioned in this article
Wrestling
Get the latest updates on IPL 2021, check out the IPL 2021 Schedule and Indian Premier League Live Score . Like us on Facebook or follow us on Twitter for more sports updates. You can also download the NDTV Cricket app for Android or iOS.