England won their last two league matches against India and New Zealand to qualify for the semi-finals of World Cup 2019. 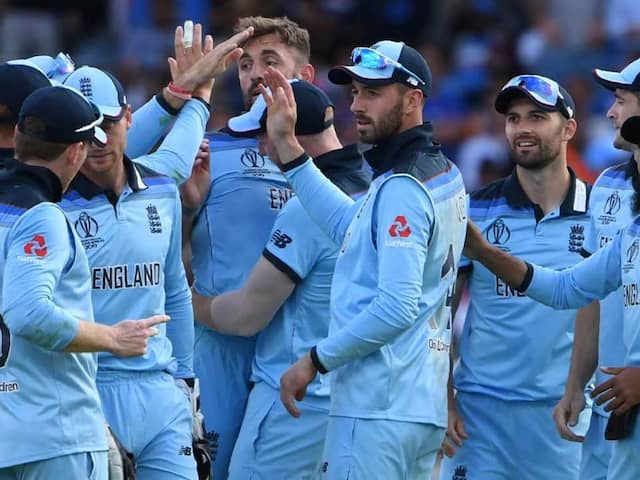 International cricket in the UK has been behind satellite broadcaster's subscription paywall since 2005.© AFP

The Cricket World Cup final will be available to watch on free-to-air television across Britain if England reach the climax of the 50-over showpiece, Sky Sports announced Friday. The broadcaster said their decision would "ensure as wide an audience as possible is able to watch the game". England have qualified for the semi-finals and will meet either India or Australia on Thursday July 11. The final is at Lord's on July 14.

International cricket in the UK has been behind satellite broadcaster's subscription paywall since 2005.

Many pundits claim the decision by the England and Wales Cricket Board to take the game off free-to-air television has been a central factor in the sport's declining popularity in its birthplace, particularly among younger age groups.

Meanwhile, the television audiences in Britain for the Cricket World Cup have been contrasted unfavourably with the millions who watched the England team's run to the semi-finals of football's Women's World Cup on free-to-air television.

Sky UK and Ireland chief executive Stephen Van Rooyen said: "We are proud to be the broadcaster for a home Cricket World Cup -- one of the world's biggest and most exciting sporting events.

"Our aim has always been to celebrate what could be a 'once in a generation' moment of a home team in a big final on home soil.

"So, if England reach the final, we will make the match available to everyone so the whole country can be part of a rare and special big sporting moment."

England paceman Liam Plunkett said Thursday the team wanted to attract the largest following they could.

"You want as many people to watch it as possible," he told BBC Radio.

"Playing for England you're the pride of the country and you want people to be able to access that and watch that.

"It's always nice to be on a bigger platform. We feel like we've built something special here as a team.

"It would be nice to go all the way and to have big numbers watching that final if we get through and win, that would be huge."

England won their last two league matches against India and New Zealand to qualify for the semi-finals of World Cup 2019.