India will be looking for a reassuring win after their unimpressive show against England in the last World Cup 2019 clash. 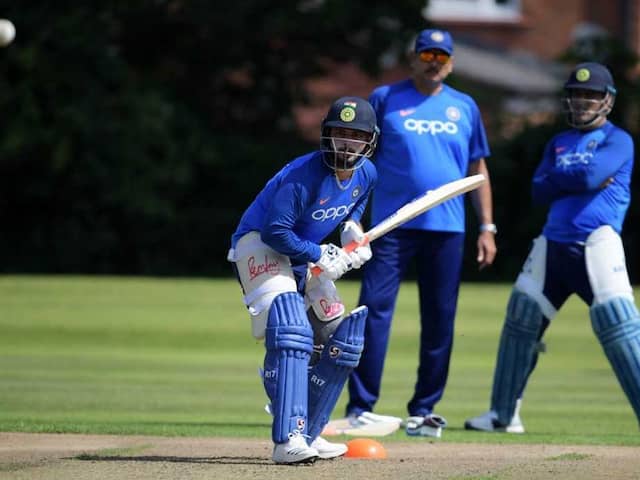 Rishabh Pant is expected to retain his place in the India playing XI.© AFP

India, after tasting their first defeat of World Cup 2019, will take on Bangladesh at Edgbaston in Birmingham on Tuesday and will be eyeing a place in the semi-finals with a win. Bangladesh, who have impressed one and all with some fine performances, especially with the bat, cannot afford to lose any of their two remaining matches. Bangladesh have seven points from seven matches and are currently seventh in the World Cup points table while India, with 11 points, are placed second. India need a win to reach the semis in their remaining two games. A loss to Bangladesh will not spell doom to India's campaign but having already tasted defeat, the Indian team will be raring to get back to winning ways.

While India have been extremely good with the ball, the batting has been somewhat of a let-down, especially the middle-order. Rohit Sharma and Virat Kohli have been in sparkling form but barring the two, the rest have had a very up and down campaign.

India lost their No.4 batsman in Vijay Shankar, who was ruled out of the tournament due to a toe injury. It is unlikely that his replacement Mayank Agarwal will straightway be thrown into the mix.

In Shankar's absence during the match against England, India decided to back the youthful exuberance of Rishabh Pant instead of Dinesh Karthik's experience. It remains to be seen if they will repeat it against Bangladesh.

In the pre-match press conference on Monday, assistant coach Sanjay Bangar had said that there could be changes in the line-up with strong possibility of Bhuvneshwar Kumar, who suffered an injury in the match against Pakistan, making a comeback.

As things stand, there are suggestions that Karthik may indeed be fielded to shore up the batting, at the cost of Kedar Jadhav, with Ravindra Jadeja, who has been on the sidelines too, missing out again.

Bhuvneshwar Kumar could come in for Kuldeep Yadav. While Kuldeep Yadav did better than Yuzvendra Chahal in the match with England, Chahal has always been the senior partner and would be preferred.

For Bangladesh, Shakib Al Hasan is in the form of his life and has performed consistently with both bat and ball for Bangladesh. Shakib is currently third in the leading run-scorers list.

Mahmudullah seemed to be struggling with an injury in Bangladesh's last game but has had some practice ahead of the game, which should ease their nerves.

Shakib Al Hasan World Cup 2019 Bangladesh vs India, Match 40 Cricket
Get the latest Cricket news, check out the India cricket schedule, Cricket live score . Like us on Facebook or follow us on Twitter for more sports updates. You can also download the NDTV Cricket app for Android or iOS.