Pakistan will begin their World Cup 2019 campaign against Windies on May 31. 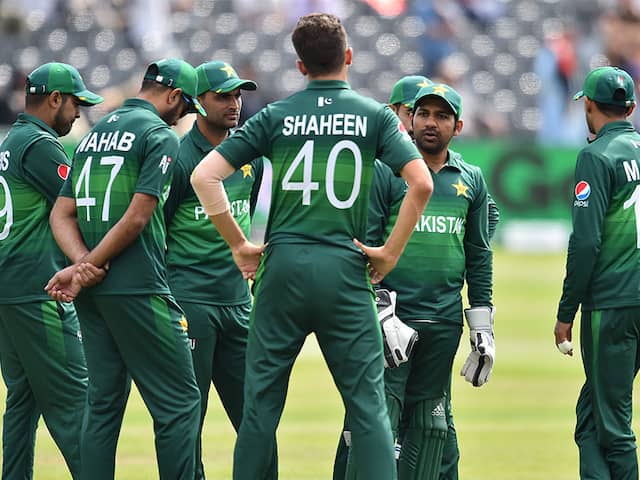 Sarfraz Ahmed will lead Pakistan in the World Cup 2019.© AFP

Pakistan won their only ODI World Cup, 27 years ago in 1992, under the leadership of Imran Khan. The current Pakistan side, under the captaincy of Sarfraz Ahmed, head into World Cup 2019 without the favourites tag, which according to Waqar Younis, is not a bad thing as Pakistan have a history of producing magic in big tournaments. Waqar believes if Pakistan get their fielding right and get off to a good start in the tournament then they have the quality to lift the trophy.

"I think Pakistan arrive as underdogs and they need to start well. If they lose a couple of early games, then it will be an uphill task for them after that," Waqar was quoted as saying by ICC.

"Despite everything having gone on in the last couple of months, the country is behind the team. They all believe these guys can win the World Cup. If we can get off to a strong start, then you never know this team has a history of producing magic," he added.

Waqar thinks Pakistan's batsmen especially the top-order is in good form and with the arrival of Wahab Riaz and Mohammad Amir their bowling has also strengthened.

"The positive for Pakistan is that they have started scoring big totals. They have showed they are capable of scoring 300 plus and we saw that in their series against England.

"The batsman have got used to the surfaces very quickly and have piled on the runs. They are all in good form, especially Babar Azam and Haris Sohail," he said.

"Fakhar Zaman and Imam-ul-Haq have also done well so the top four looks really good. That issue has been solved."

"The bowling is moving in a good direction, with Wahab Riaz coming back into the side and Mohammad Amir restored. I am intrigued to see how Mohammad Amir gets on."

"But the biggest issue for me is the fielding. The fielders looked out of sorts in the series against England and that could shake their confidence.

"I am sure that will get a bit better but if the fielders don't take their chances and catch balls and stop the extra 15 or 20 runs then they could struggle."