Quinton de Kock seems to be the one steady hand in the South Africa batting in World Cup 2019, as was evident in South Africa's first match against England. 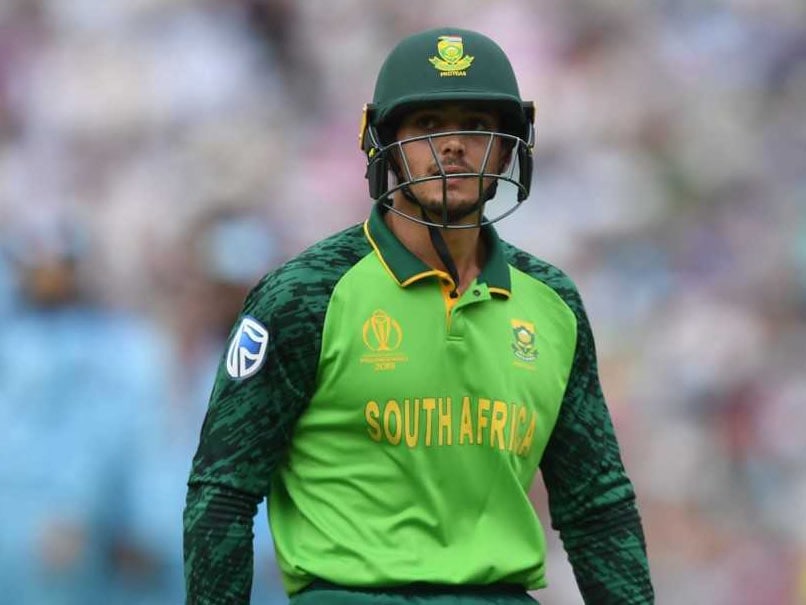 Quinton de Kock was the top-scorer for South Africa with 68 runs against England in World Cup opener.© AFP

Quinton de Kock would possibly be one of a handful of South African players to show some fight as the Proteas went down by a big 104-run margin to England in their first World Cup 2019 match. Even otherwise, De Kock has been one of the most consistent players for South Africa in the recent past and he will always be one of the biggest keys for the team if they hope to keep their World Cup 2019 campaign on the rails.

De Kock was thetop-scorer for South Africa with 68 runs and he was one player who looked to have the pace of the England attack, till he departed.

De Kock has scored 14 centuries with a best of 178 and also 22 half-centuries.

His performance behind the stumps is equally impressive, as he has 150 catches and eight stumpings.

Quinton de Kock World Cup 2019 South Africa vs Bangladesh, Match 5 Cricket
Get the latest updates on ICC T20 Worldcup 2022 and CWG 2022 check out the Schedule, Live Score and Medals Tally. Like us on Facebook or follow us on Twitter for more sports updates. You can also download the NDTV Cricket app for Android or iOS.