Wicketkeeper-batsman Rishabh Pant, who came in as Shikhar Dhawan's cover a few days back, has been officially named as his replacement in the Indian squad. 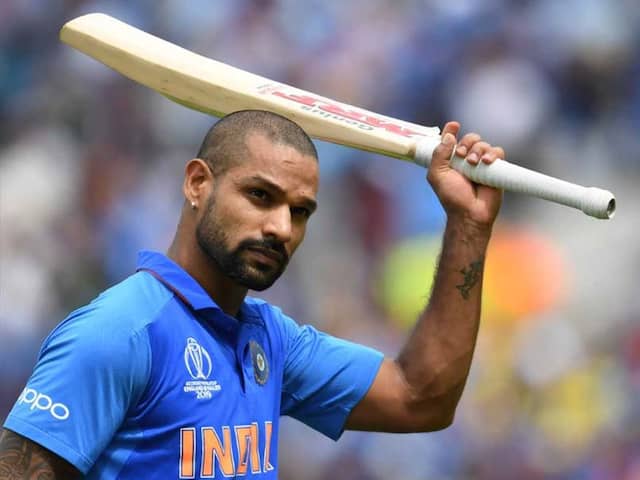 Shikhar Dhawan suffered the injury after being hit by a Pat Cummins' delivery against Australia.© AFP

Shikhar Dhawan has been one of the most consistent players for India in One Day International (ODI) cricket ever since he made his debut. His performance in International Cricket Council's (ICC) tournaments speak volume of his consistency, so his departure from World Cup 2019 due to a fractured thumb was a huge blow for Virat Kohli's side. Michael Hussey, former Australia batsman, also thinks Dhawan's departure is a major setback for India, but added that his absence will not derail the team's campaign in the ongoing World Cup 2019. According to Hussey, India have enough talent in their updated 15-member squad.

Dhawan suffered the injury after being hit by a Pat Cummins' delivery during his 109-ball knock of 117 against Australia in the game which India won by 36 runs. But the 33-year-old left-hander did not field and has not featured in the World Cup since his century at Surrey's headquarters in south London.

Wicketkeeper-batsman Rishabh Pant, who came in as Dhawan's cover a few days back, has been officially named as his replacement in the Indian squad. "Shikhar has a fracture at the base of his first metacarpal on his left hand," team manager Sunil Subramanian had told reporters in Southampton on Wednesday.

"Following several specialist opinions, he will remain in a cast until mid-July, which rules him out of the ICC World Cup 2019."

In Dhawan's absence, K.L. Rahul opened the innings alongside Rohit Sharma against Pakistan and played a fine knock of 57 while sharing a 136-run opening stand. India won that game comfortably by 89 runs (D/L method) and continued with their dominance over the arch-rivals.

India, sitting at the fourth spot with seven points from four games, will next face Afghanistan on Saturday at the Ageas Bowl in Southampton.

Michael Hussey World Cup 2019 Cricket
Get the latest Cricket news, check out the India cricket schedule, Cricket live score . Like us on Facebook or follow us on Twitter for more sports updates. You can also download the NDTV Cricket app for Android or iOS.