World Cup 2019: Pakistan Will Be Dangerous If They Reach Semis, Feels Waqar Younis

Pakistan will not only have to register a win against Bangladesh but also hope that hosts England lose their last league match against New Zealand. 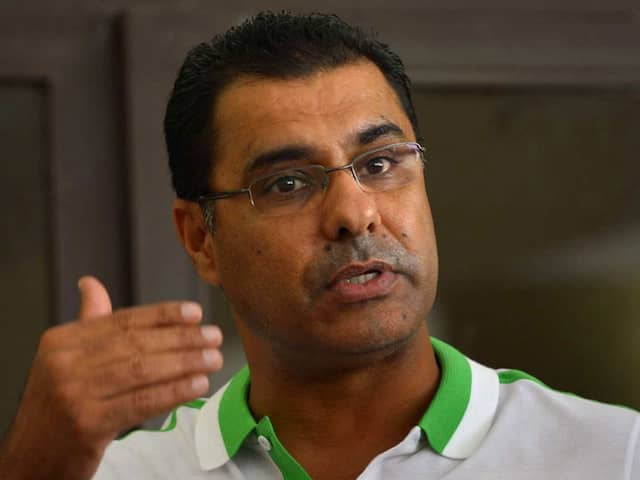 Former Pakistan captain Waqar Younis, after Pakistan's three back-to-back victories in World Cup 2019 league stage matches, claimed that Pakistan could be the most dangerous side for any team if they make it to the semi-finals. Pakistan's wins over South Africa, New Zealand and Afghanistan kept their hopes alive in the ongoing World Cup 2019. They had managed to climb to the fourth spot in the points table but England's 31-run win over India on Sunday pushed Pakistan a place down. With a game left against Bangladesh, Pakistan still have a chance of making it to the knockouts.

Waqar Younis, however, also pointed out that Pakistan will not only have to win but should also raise the bar in their last league game against Bangladesh.

"It is actually becoming quite scary at this point! Is history repeating itself? I have no idea but if Pakistan do make the semi-finals then they are going to be such a dangerous side. For that to happen they will need some results to go their way, but most importantly of all they will have to beat Bangladesh," Waqar wrote in his ICC column.

"To beat Bangladesh they will have to play better than they managed against Afghanistan. The win over Afghanistan on Sunday was not the performance of champions and yet, somehow and some way, they are still in contention for a semi-final spot and you can never write them off," he added.

"We were so lucky to escape and survive and still be floating in this World Cup, really it was thanks to Imad Wasim. Unfortunately it has always been this way for Pakistan, we don't seem to be able to find that collective consistency," Waqar said.

"But there is no doubting the individual pure talent in our country, look at a guy like Imad who won us that game," he added.

Waqar also suggested that the team management shouldn't make many changes in the Pakistan playing XI and should stick to the winning combination. Waqar also felt that despite opener Fakhar Zaman struggling with the bat, he should be given more chances.

"We appear to have found a perfect XI at last, and I hope they (team management) don't tinker with it anymore. Fakhar Zaman has had a poor tournament but I don't think it would be right to drop him now," stated the former Pakistan skipper.

Bangladesh Cricket Team World Cup 2019 Pakistan vs Bangladesh, Match 43 Waqar Younis Cricket
Get the latest Cricket news, check out the India cricket schedule, Cricket live score . Like us on Facebook or follow us on Twitter for more sports updates. You can also download the NDTV Cricket app for Android or iOS.