Babar Azam says Pakistan have the belief that they can win their remaining games to complete a dramatic turnaround to reach the World Cup semi-finals. 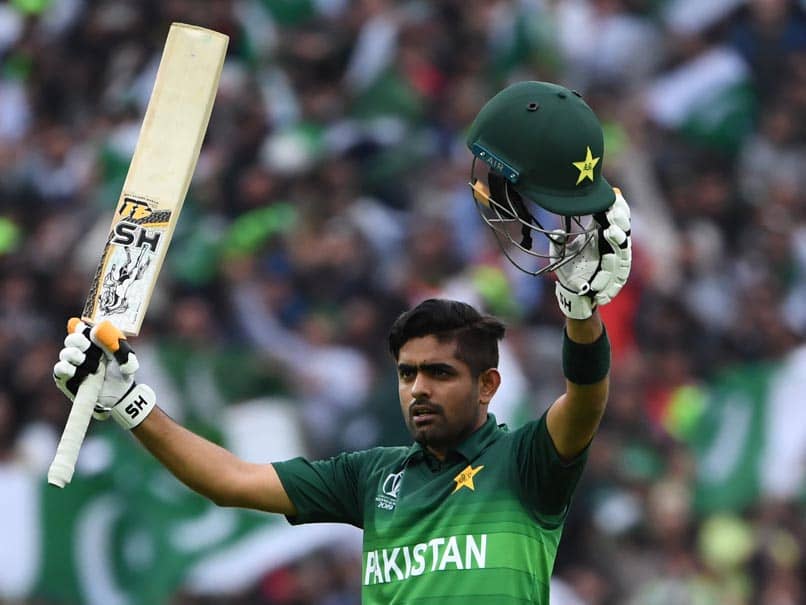 Pakistan star batsman Babar Zam, after guiding Pakistan to a sensational six-wicket win over New Zealand, said that his aim is to become the best batsman in the world. He is already the top-ranked batsman in the world in Twenty20 cricket. Babar Azam admitted that Pakistan have the belief that they can win their remaining games to complete a dramatic turnaround and reach the World Cup 2019 semi-finals after their victory against a strong New Zealand side on Wednesday.

"I can say that this is one of my best knocks because the aim is to be the best batsman in the world," said Babar Azam after hitting a match-winning unbeaten 101 helped Pakistan's reply to New Zealand's score of 237 for six at Edgbaston. Captain Sarfaraz Ahmed hit the winning runs in the final over as they finished on 241-4 to win by six wickets.

Pakistan had a disastrous start to their World Cup campaign, losing three of their first five matches with a single victory, against England, and a no-result.

But Sunday's win over South Africa at Lord's and Wednesday's victory in Birmingham have revived their hopes of pulling off a sensational comeback.

Their next game is on Saturday against Afghanistan, who have lost all seven of their matches at the tournament in England and Wales and they finish their group fixtures against Bangladesh, who are level with Pakistan on seven points.

Sri Lanka are also in the hunt, one point behind but with a game in hand, meaning 1992 winners Pakistan must still rely on other results going in their favour to qualify from the 10-team group phase.

"Belief has been the key," said Babar, who reached his 10th one-day international hundred off 124 balls with 11 fours. "We have the belief that we will win our next two games and then look ahead."

Babar, 24, said even when the team were struggling earlier in the tournament, they were confident they could turn their fortunes around.

"We were not winning matches but we talked to each other and had the belief that we could do it and now our focus is on the next game," he said.

Defending champions Australia are the only team to have qualified for the semi-finals so far while New Zealand, India and England currently occupy the other top-four slots.

Babar said his role had been to bat until the end of the innings.

"I was given a role to bat until the end and others bat around me and that worked well as (Mohammad) Hafeez and then Haris (Sohail) batted well to establish partnerships," said Babar.

Babar Azam World Cup 2019 Cricket
Get the latest updates on IPL 2021, IPL Points Table , IPL Schedule 2021 , live score . Like us on Facebook or follow us on Twitter for more sports updates. You can also download the NDTV Cricket app for Android or iOS.