The biggest turnaround came in the World Cup 2019 when New Zealand, who were considered underdogs, knocked India out of the tournament. 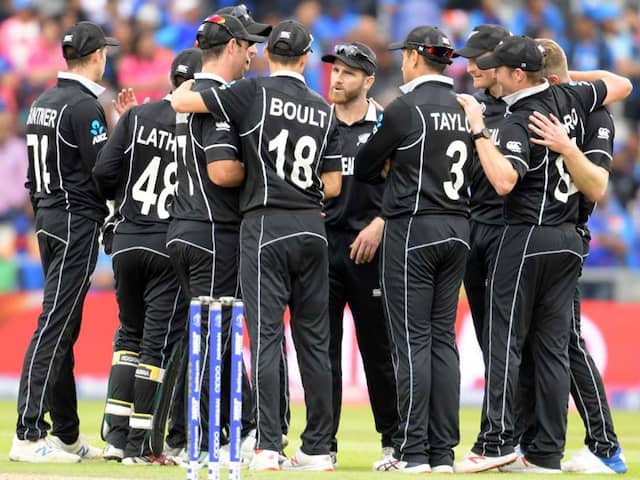 New Zealand began their World Cup campaign on a high note and outdid teams like Sri Lanka, Bangladesh, Afghanistan, South Africa and the West Indies in a row. The biggest turnaround came in the World Cup 2019 when New Zealand, who were considered underdogs, knocked one of the favourites India out of the tournament. Their performance in the semi-final of World Cup 2019 was no less than a stunner. New Zealand, undoubtedly, were the tough opponents for India but nobody including the cricket pundits expected such an outcome. New Zealand made a grand entry into the final of World Cup 2019 with an 18-run win over India in Manchester.

Initially, New Zealand were enjoying the tag of unbeaten side, along with India, in the World Cup league stage matches before Pakistan broke their winning run with an emphatic six-wicket victory at Edgbaston. Thereafter, New Zealand failed to win a single match in the league stage and suffered losses to Australia and England, leaving their chances of reaching the semi-finals bleak, considering Pakistan's solid comeback in World Cup 2019.

However, their positive net run rate which New Zealand earned in their earlier games by beating opponents with a high margin worked in their favour. The difference in net run rate between Pakistan and New Zealand led to Pakistan's impossible odds of reaching semi-finals in their last match against Bangladesh.

Pakistan, despite defeating Bangladesh, were left out of the semi-finals race owing to New Zealand's better net run rate. New Zealand managed to seal the fourth spot in the points table and secured their berth in the semi-finals.

The man who mattered the most for New Zealand in their journey to the semi-finals was their skipper Kane Williamson. Whenever New Zealand saw batting collapses, Kane Williamson rose up to the occasion and took the game away from the opponents with his top-class batting display. However, in the semi-final game against India, experienced Ross Taylor also impressed with a brilliant 74-run knock on a tough pitch.

Apart from Williamson, New Zealand pacers Lockie Ferguson, Trent Boult and all-rounder Colin de Grandhomme showed up for their side.

Lockie Ferguson has claimed 18 wickets, highest by a New Zealand bowler in the World Cup, while Boult was the second best with 17 wickets. Matt Henry also showed character as he picked up three wickets in their crucial semi-final match.

Kane Williamson World Cup 2019 New Zealand vs England, Final Cricket
Get the latest Cricket news, check out the India cricket schedule, Cricket live score . Like us on Facebook or follow us on Twitter for more sports updates. You can also download the NDTV Cricket app for Android or iOS.