MCC, custodians of the Laws of Cricket, is considering reviewing the overthrow rule after the drama that unfolded during the World Cup 2019 final. 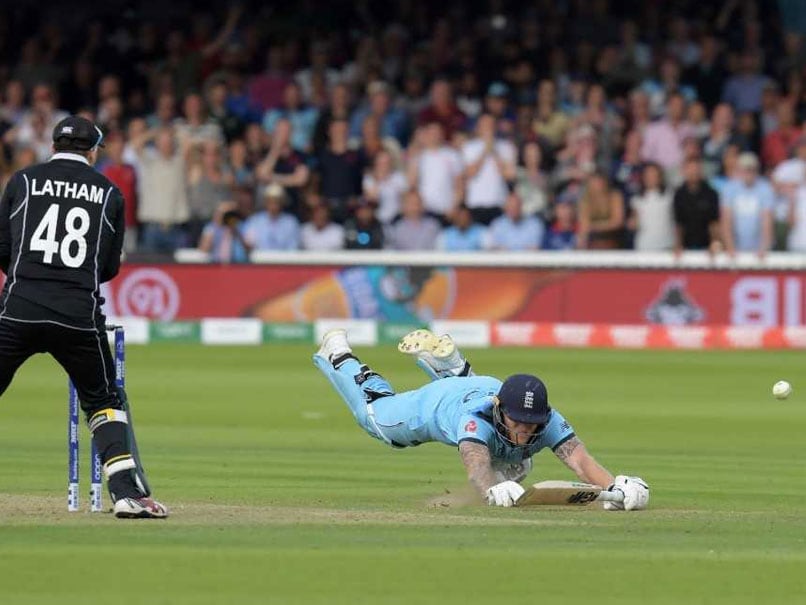 Martin Guptill's throw took a deflection off Ben Stokes's bat and went to the boundary.© AFP

The Marylebone Cricket Club (MCC), custodians of the Laws of Cricket, is considering reviewing the overthrow rule in light of the incident that occurred during the 2019 World Cup final. According to The Times, the MCC feels that overthrows are worth taking a look whenever it next reviews the laws of the game which is the responsibility of the MCC Laws sub-committee. Significant attention has been drawn to the rule after New Zealand's Martin Guptill's throw took a deflection off Ben Stokes' bat and went to the boundary.

Moreover, umpires Kumar Dharmasena and Marais Erasmus erroneously gave England six runs instead of five as they had not noticed that Stokes and his partner Adil Rashid had not crossed over when Guptill made the throw. England needed nine runs from the last three balls before that and the overthrows brought the deficit down to three off two.

Stokes immediately put his hands up to apologise and his Test team-mate James Anderson later said that he had asked the umpire to take away the extra four runs that was awarded. Anderson explained that the etiquette is that if the ball takes a deflection off the batsman and goes to an empty part of the field, the batsman refrain from taking an extra run.

The game went on to end in a tie and the Super Over that was played to decide the match also ended in a tie. However, England were declared on the basis of their superior tally of boundaries through the course of the match.

New Zealand Cricket Team World Cup 2019 New Zealand vs England, Final Cricket
Get the latest updates on India vs South Africa and check out  Schedule, Results and Live Score. Like us on Facebook or follow us on Twitter for more sports updates. You can also download the NDTV Cricket app for Android or iOS.