Before playing in the cash-rich Indian Premier League for the Rajasthan Royals, Jofra Archer represented the Windies at the Under-19 level. 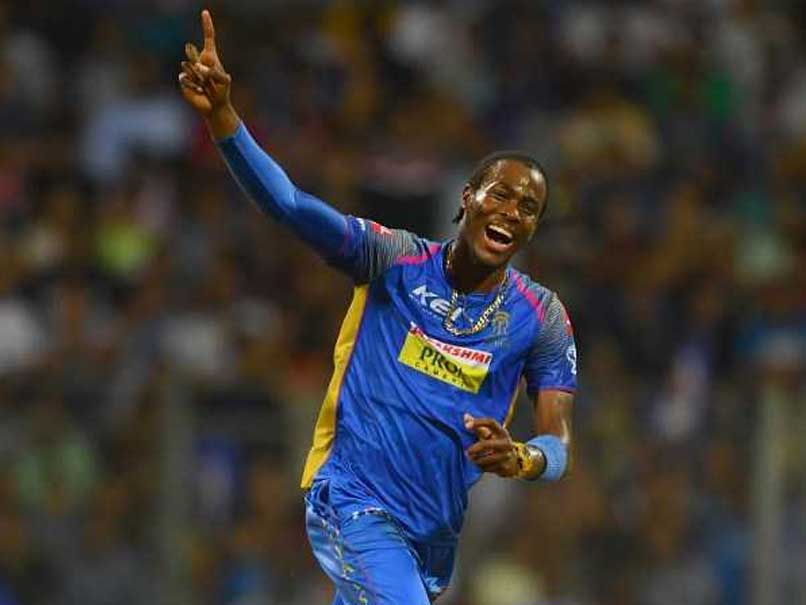 Jofra Archer played for Rajasthan Royals in the IPL 2018.© AFP

Pacer Jofra Archer might play for England in the 2019 ICC Cricket World Cup. This good news comes in the wake of the England and Wales Cricket Board revising the eligibility rules, which are considered while selecting players for the national team. Previously, a player (not born in England) had to have a seven-year residency period in the country. Now, in the recent development, players with a three-year residence provision will also be considered. Going by the previous rules, Archer, who holds a British passport and was born to a British father, wouldn't have qualified to play for England until 2022 as he hadn't arrived in the United Kingdom until after his 18th birthday in 2015.

Following an ECB rule change, all-rounder Jofra Archer will be available for selection by England sometime in March 2019.

Should he be in their @CricketWorldCup squad?

Before playing in the cash-rich Indian Premier League (IPL) for Rajasthan Royals, the pacer represented the Windies at Under-19s level.

However, he has been playing county cricket for Sussex since 2015 alongside fellow Bajan-born Chris Jordan. Jofra has also represented the Hobart Hurricanes in Australia's Big Bash League.

The new ECB eligibility criteria for players, both men and women, from 1 January 2019, are:

a) British Citizenship and,

b) Either born in England/Wales, or 3 years residence (a total of 210 days/year April-March) and

c) Not played as a local player in professional international or domestic cricket in a Full Member country within the last 3 years.

For comparison, the current ICC eligibility criteria for allplayers,is:

a) British citizenship; or

b) Born in England/Wales; or

a) British citizenship; and

c) Not played as a local player in professional international or domestic cricket in a full member country within 4/7 years.

England Cricket Team Jofra Archer Cricket World Cup 2019
Get the latest updates on India vs South Africa and check out  Schedule, Results and Live Score. Like us on Facebook or follow us on Twitter for more sports updates. You can also download the NDTV Cricket app for Android or iOS.