"Heard They Were Having Burger": Pakistani Fan Rants After Team Loses To India

The fan questioned Pakistan cricketers' diet and fitness after their loss to India in the World Cup 2019 clash. 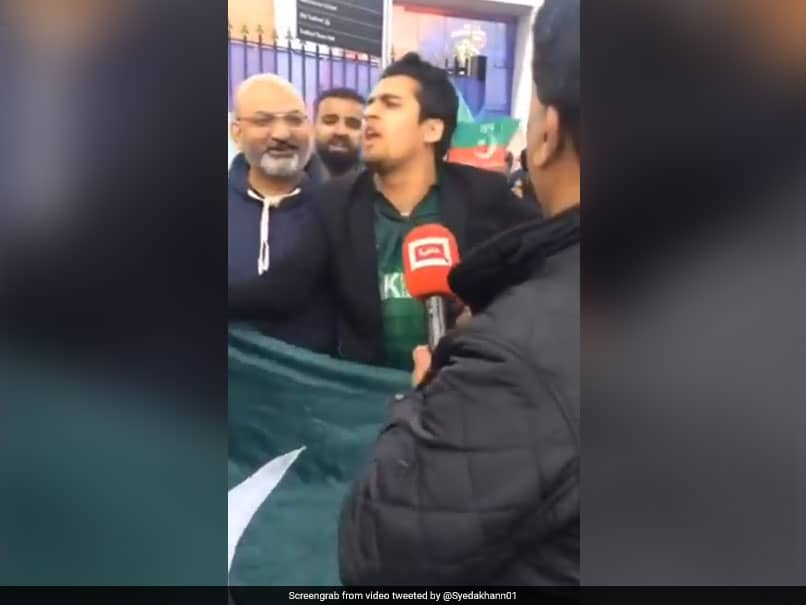 Pakistan fans have always turned out in large numbers despite their team's dismal record in the World Cup against arch-rivals India. On Sunday, when Pakistan suffered their seventh straight World Cup loss to India, a dejected fan questioned the fitness of his national team players in a video which is doing rounds on social media. The fan, who came with hopes of a positive result for his home team said, "these players should be made to leave cricket and join wrestling".

It is not the first time that the Pakistan fans have reacted unhappily after their national team's loss against India. There have been cases of breaking television sets in the past.

But now with social media becoming easily accessible, most Pakistani fans have used it to vent their frustration after the World Cup 2019 loss against India.

Have a look at some of the Tweets for Pakistani fans:

Zero % chance for semi final & with this performance #TeamPakistan not deserve for rest of tournament.#CWC19

Zero % chance for semi final & with this performance #TeamPakistan not deserve for rest of tournament.#CWC19

Middle order collapsed because it was not strong. Ever heard of playing this much " Railu Kattas " in a team ? Hafeez, Malik, Imad, Shadab. Play with specialists like Haris Sohail and after poor performance of Hassan Ali against Australia with ball, Husnain chance was due.

Pakistan conceded 336 runs in the stipulated 50 overs after opting to bowl but managed to get only 212/6 in their chase against India in the World Cup 2019 clash.

Pakistan skipper Sarfaraz Ahmed was also disappointed with his team's effort and reckoned the World Cup 2019 is getting tougher and tougher for his side.

Pakistan now need to win all their World Cup 2019 matches to remain in contention of semi-final qualification.

Sarfaraz Ahmed Cricket
Get the latest updates on India vs Australia Series, check out the India vs Australia Schedule for 2020-21 and Ind vs Aus live score . Like us on Facebook or follow us on Twitter for more sports updates. You can also download the NDTV Cricket app for Android or iOS.