Imam-ul-Haq has the trying job of getting Pakistan off to a good start in circumstances where the fast bowlers hare spitting venom. 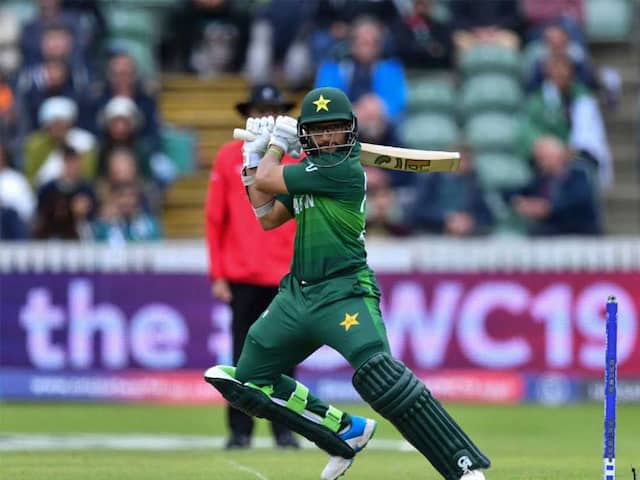 Imam-ul-Haq scored a crucial fifty against Australia but failed to get his team over the line.© AFP

Pakistan's failure and success in their World Cup 2019 league matches have been measured by how their batsmen have fared. They lost to both West Indies and Australia after they failed at different stages while they were in fine form against England and the team won. With the fast bowlers showing their teeth in almost every match, the openers have a very trying job indeed and this is where Iman-ul-Haq comes into focus. The bespectacled left-hander's graph has been consonant with Pakistan's performance so far and if he does well, things look good for the team.

Imam-ul-Haq has so far scored one half-century against Australia and once he departed, the middle-order caved in. Imam also scored 44 against England as Pakistan went ahead to win.

Imam made his One-day International debut against Sri Lanka at Abu Dhabi in October 2017 and straightway rustled up his first ODI century.

Imam has played 31 ODIs so far (31 innings) and incredibly already has six centuries and an equal number of half-centuries to his credit, with an aggregate of 1486 runs at an average of 57.15 and strike rate of 80.58. His top score is 151.

Imam-ul-Haq World Cup 2019 Cricket India vs Pakistan, Match 22
Get the latest Cricket news, check out the India cricket schedule, Cricket live score . Like us on Facebook or follow us on Twitter for more sports updates. You can also download the NDTV Cricket app for Android or iOS.