Mickey Arthur has already guided Pakistan to one famous victory over India in the Champions Trophy final two years ago and knows what to expect from the biggest clash in cricket. 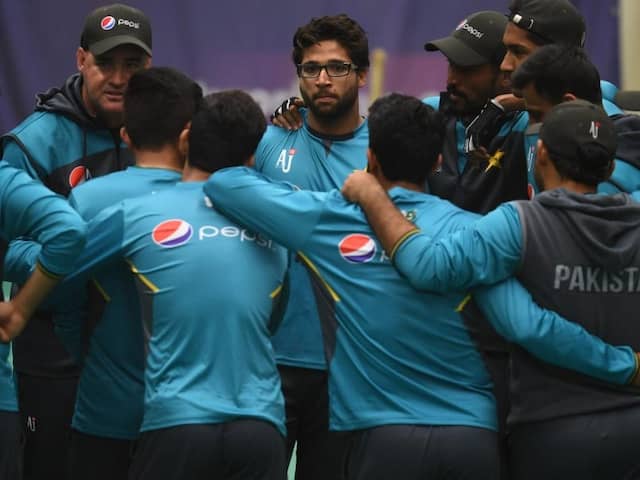 Pakistan's head coach Mickey Arthur urged his players to become heroes by beating bitter rivals India in a World Cup match for the first time at Old Trafford on Sunday. India have won all six previous meetings in World Cups, but Arthur has told his players to rise to the occasion. "It doesn't get more exciting," said Arthur on the eve of the match. "I am telling our players in the dressing room, you could be a hero tomorrow.

"Your careers are going to be defined by a moment in the game. You do something incredible tomorrow, you'll be remembered forever."

Arthur has already guided Pakistan to one famous victory over India in the Champions Trophy final two years ago and knows what to expect from the biggest clash in cricket.

But there is even more pressure on Pakistan to deliver as after winning just one of their opening four games of the tournament, a third defeat could be fatal to their chances of progressing to the semi-finals.

"Obviously, there's a massive hype that's created a lot of time by the media really," said Arthur of the media war across the border with mocking television advertisements.

"There's always pressure in any game, and these games carry exactly the same amount of points."

India on the other hand are unbeaten after resounding wins over South Africa and Australia and a no-result against New Zealand.

But Arthur is hopeful of repeating the early flood of wickets taken by Mohammad Amir in the Champions Trophy final.

"We're comfortable that we can get out there and perform, and we are so excited about the opportunity tomorrow," he added.

"When you get into the Indian top order, you can create a little bit of havoc."

"What I do know is Shoaib Malik brings a hell of a lot to our dressing room. He is an incredible team man. He has incredible skills, and I'm hoping that, on the biggest stage tomorrow, those skills come to the fore."

Pakistan Cricket Team Mickey Arthur World Cup 2019 Cricket India vs Pakistan, Match 22
Get the latest Cricket news, check out the India cricket schedule, Cricket live score . Like us on Facebook or follow us on Twitter for more sports updates. You can also download the NDTV Cricket app for Android or iOS.