Mohammed Shami has been clinical with the ball, taking 14 wickets in just four matches in the World Cup 2019. 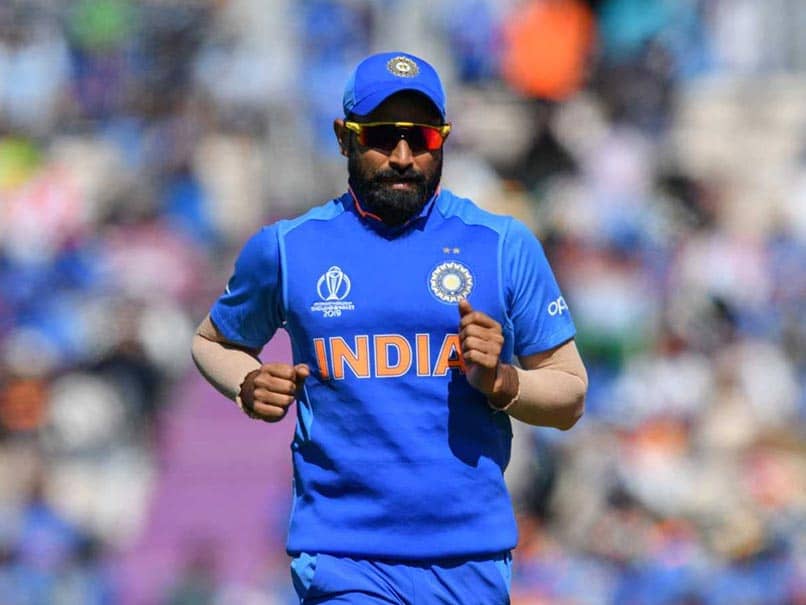 India are taking on New Zealand in the World Cup 2019 semi-final against New Zealand at Old Trafford in Manchester. There was some talk before the game that since the conditions are overcast in Manchester, India may include Mohammed Shami in the playing XI. However the team management opted to stay with Bhuvneshwar Kumar. Notably, in the league stage, Mohammed Shami became only the second Indian bowler to take a hat-trick in a World Cup match after Chetan Sharma. The 29-year-old fast-bowler was very good with the ball throughout the World Cup. He managed to take 14 wickets in the four matches he played in the showpiece event in England.

During India's league encounter against Afghanistan, Shami was given the responsibility to bowl the last over and Shami delivered by taking a hat-trick.

Later in the tournament, when India faced England, Shami again stepped-up and took five wickets. However, his brilliance with the ball couldn't help India get over the line against the hosts, handing them their only defeat in the marquee tournament's league stage.

After the team management overlooked Shami, cricket pundits took to Twitter to express their displeasure on the decision.

Like @SGanguly99, I admit I am surprised by the dropping of Shami. He takes wickets upfront and if you do, the death overs aren't as critical. India batting very deep with Jadeja at 8 but it is a big call to leave out Kuldeep against a team he has done well.

Okay with Chahal over Kuldeep. Not so much for Shami's exclusion. Only five bowlers is a possible concern but from that perspective, bowling first isn't that bad a thing. India bats deep with this combination. #CWC19  #IndvNZ

In the match, New Zealand captain Kane Williamson won the toss and opted to bat against India in the first World Cup semi-final at Old Trafford on Tuesday.

All of the five previous matches in the tournament played on the Manchester ground have been won by the side batting first.

Two-time former champions India made one change from the side that beat Sri Lanka by seven wickets at Headingley on Saturday to top the 10-team round-robin, with Yuzvendra Chahal replacing fellow spinner Kuldeep Yadav.

The Black Caps, appearing in their eighth semi-final but yet to win the World Cup, came into this match on the back of three straight defeats by Pakistan, Australia and England.

Bhuvneshwar Kumar World Cup 2019 Cricket India vs New Zealand, 1st Semi Final
Get the latest updates on India vs Australia Series, check out the India vs Australia Schedule for 2020-21 and Ind vs Aus live score . Like us on Facebook or follow us on Twitter for more sports updates. You can also download the NDTV Cricket app for Android or iOS.