With Shikhar Dhawan out injured, KL Rahul goes up to open the batting, with Vijay Shankar and Dinesh Karthik in running as the replacement. 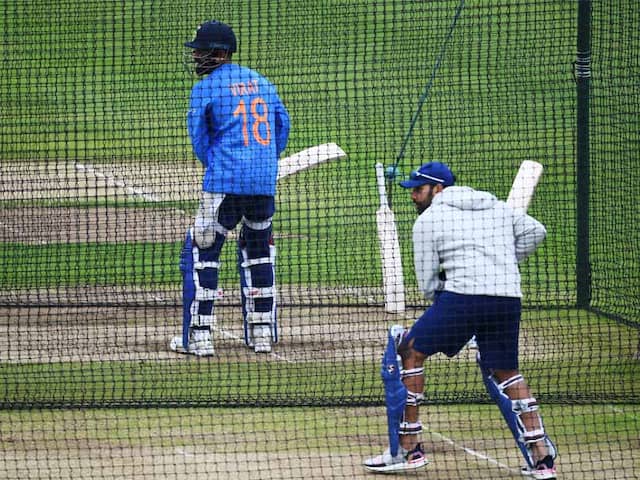 India have outplayed South Africa and Australia in the World Cup so far.© AFP

India and New Zealand will lock horns at Trent Bridge on Thursday. Both teams are yet to lose a game in the ongoing World Cup 2019. The Virat-Kohli-led side has beaten South Africa and Australia while New Zealand have defeated Sri Lanka, Bangladesh and Afghanistan so far in the tournament. Kane Williamson-led New Zealand are sitting on top of the points table with six points in three games but will face the toughest challenge when they take on India in Nottingham. The weather may have a major say in this much-awaited clash as the conditions are predicted to remain overcast throughout the day.

India have been forced to make a change in the winning combination after their opening batsman Shikhar Dhawan was hit on his thumb during his knock against Australia in the last match. On the eve of this big clash, India's batting coach Sanjay Bangar has confirmed that KL Rahul will replace Dhawan at the top of the order while he didn't reveal who is going to replace the left-hander in the playing XI.

"We do not want to rule out a precious player like Shikhar. As far as batting order goes, KL (Rahul) moves top of the order and there are various options the team can utilise going into the next game," Bangar said ahead on Wednesday.

With the number four spot still up for grabs, there is a toss-up between Dinesh Karthik and Vijay Shankar and in a crucial game like this. But with Shankar being able to chip in with some overs as well if needed, he could possibly get the nod.

On the other hand, New Zealand are expected to field the same XI that defeated Afghanistan in their last game.

New Zealand Cricket Team World Cup 2019 Cricket India vs New Zealand, Match 18
Get the latest Cricket news, check out the India cricket schedule, Cricket live score . Like us on Facebook or follow us on Twitter for more sports updates. You can also download the NDTV Cricket app for Android or iOS.