2019 ICC World Cup Time Table: The first match of the World Cup 2019 will be played between hosts England and South Africa on May 30. 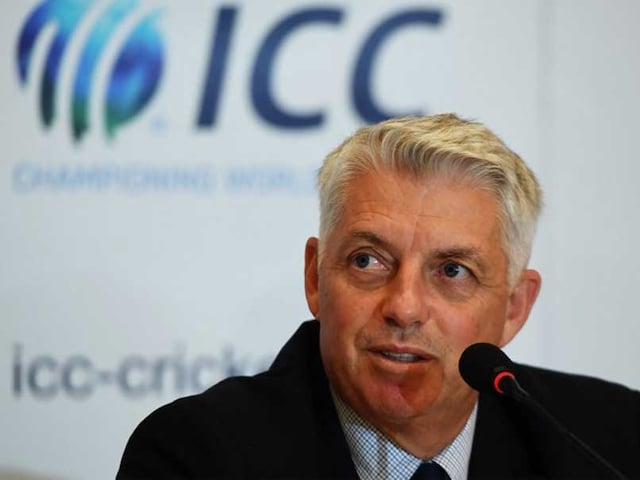 After hosting the ICC Champions Trophy last year, England and Wales Cricket Board are all set to host 2019 ICC Cricket World Cup. The 10-team cricket extravaganza will be played between 30 May and 14 July next year, the cricket's governing body confirmed the ICC World Cup Time Table through a media release on Thursday. Australia, Bangladesh, England, India, New Zealand, Pakistan, South Africa and Sri Lanka all confirmed their place at quadrennial tournament thanks to their ICC ODI rankings on the cut-off date of 30 September 2017. They were joined by the West Indies and Afghanistan, who booked their spot for the mega event through the ICC Cricket World Cup Qualifier in March. Hosts England will take on South Africa in the tournament opener at The Oval, while India, the 1983 and 2011 world champions who also won the ICC Champions Trophy in 2013 in England and Wales, will play their first match against the Proteas on June 5. The blockbuster match against traditional rivals Pakistan is scheduled to take place on June 16.

Eleven world-class venues will be used in the 46-day tournament in which each side will play the other once in a single-league format with the top four sides after 45 matches progressing to the semi-finals.

Old Trafford in Manchester will host maximum six matches, while Edgbaston in Birmingham, Hampshire Bowl in Southampton, Lord's and The Oval (both in London), and Trent Bridge in Nottingham will stage five matches each. Cardiff Wales Stadium in Cardiff and Headingley in Leeds have been allocated four matches each and County Ground Bristol in Bristol, County Ground Taunton in Taunton and The Riverside in Chester-le-Street have got three matches each.

"It's always an exciting moment ahead of any major event to announce the schedule and for the ICC Cricket World Cup. Next summer fans around the world will be treated to compelling and competitive cricket as the best teams in the world go head to head in this round robin format for the right to be crowned World Champions", said ICC Chief Executive David Richardson.

"This schedule also gives fans across England and Wales the opportunity to watch world-class cricket on their doorstep with all teams moving around the country. We know from previous ICC events that every country will be proudly supported at each of the venues creating an exceptional atmosphere and a real celebration of the game."

Ticket prices offered are as follows:

Comments
Topics mentioned in this article
India Cricket Team Pakistan Cricket Team England Cricket Team Australia Cricket Team Cricket World Cup 2019
Get the latest Cricket news, check out the India cricket schedule, Cricket live score . Like us on Facebook or follow us on Twitter for more sports updates. You can also download the NDTV Cricket app for Android or iOS.