England vs New Zealand Highlights, ICC Cricket World Cup: Mark Wood was the pick of the bowlers for England in their win over New Zealand. 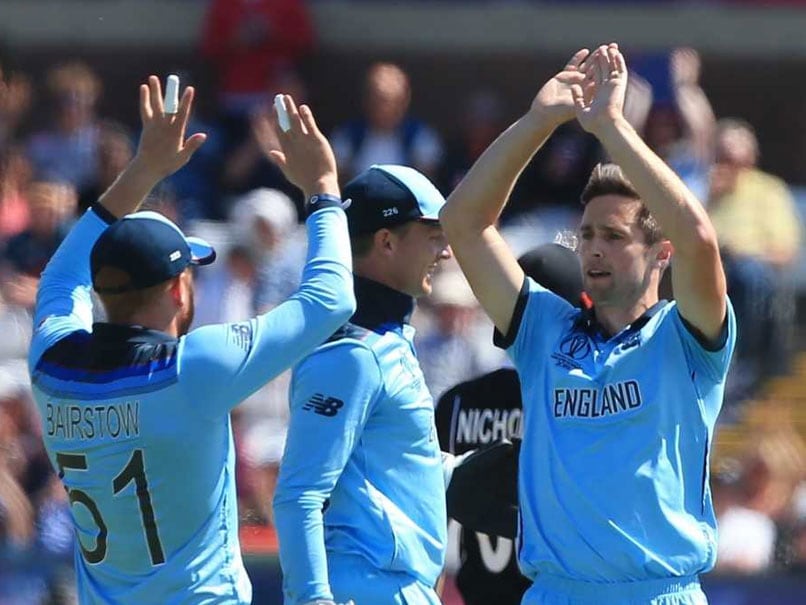 England booked their place in the World Cup semi-finals with a 119-run demolition of New Zealand at Chester-le-Street on Wednesday. Eoin Morgan's side scored 305-8 in their 50 overs as Jonny Bairstow top-scored with 106 and Jason Roy hit 60. The tournament hosts then bowled out New Zealand for 186 to guarantee a top-four finish in the 10-team group stage. England, who have never won the competition, are into the World Cup semi-finals for the first time since 1992. (SCORECARD)

New Zealand Cricket Team World Cup 2019 England vs New Zealand, Match 41 Cricket
Get the latest updates on Fifa Worldcup 2022 and check out  Fifa World Cup Schedule, Stats and Live Cricket Score. Like us on Facebook or follow us on Twitter for more sports updates. You can also download the NDTV Cricket app for Android or iOS.