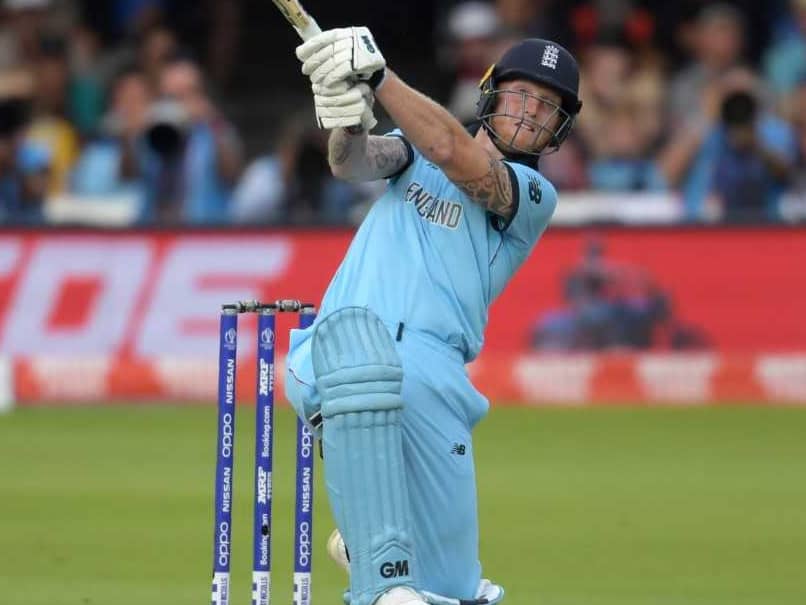 Ben Stokes has already started turning his attention to the Ashes just a day after starring for England in their dramatic World Cup final win against New Zealand. The all-rounder made an unbeaten 84 as the host nation tied the scores in regulation play at Lord's on Sunday and batted again in a Super Over shootout that also ended all-square. The hosts won what Stokes described as the "best-ever" final on superior boundary count.

Monday saw a bleary-eyed Stokes on the other side of London's River Thames, where he was attending a team celebration event at the Oval, with Eoin Morgan's side parading the trophy in front of hundreds of young fans.

"I've woken up in better conditions, but it's an incredible feeling," Stokes, who was man of the match, told AFP.

"We would have been devastated if we hadn't managed to lift that trophy but looking back over that game I think it will go down in the history books as the best ever, with all the drama of a World Cup final.

"It's an amazing thing to be part of."

The World Cup could be the first half of remarkable double with England, for the first time since the inaugural 1975 edition, staging a World Cup and Ashes in the same season.

First comes a one-off Test against Ireland at Lord's next week before England begin their quest to regain the urn against an Australia side seeking a first away Ashes series win since 2001 at Edgbaston on August 1.

"We may be world champions but also want to be Ashes winners as well," said the 28-year-old Stokes.

"Everyone here deserves to feel like a champion because we've just won it but when it comes to the Ashes it's going to be heads on again because it has to be.

"Whether you're winning or losing games, you've just got to wipe the slate clean."

Stokes suffered on-field heartbreak when hit for four straight sixes in the last over of a dramatic defeat by the West Indies in the 2016 World Twenty20 final.

He then missed the 2017/18 Ashes series in Australia following a late-night incident in Bristol that led to a charge of affray, over which he was found not guilty.

But Stokes said Monday: "That's all gone and forgotten. It's about now and what goes on in the future. I'm just going to enjoy this moment.

"In sport, and cricket in particular, you ebb and flow with your emotions, but we're going to enjoy the next two days because we deserve it. I've got this medal around my neck so it's all good."

Stokes also revealed how he had coped with the highs and lows of nearly winning the World Cup final in regulation play before going out to bat again for the Super Over.

"Needing two runs off one ball, all I was thinking was 'just don't hit it in the air and get caught'. It was just 'don't try to be a hero and do it with a six'," he explained.

"I wish it had gone for two because I wasn't best pleased with myself walking off and back to the changing rooms for that 10-minute turnaround.

"I actually had to go and have five minutes to myself in the shower area of the changing room. I was pretty annoyed, angry. I had to get my head switched back on because I knew there was a job out there to do.

"I was full of adrenaline so I needed to make sure my head was in the right place."

England Cricket Team World Cup 2019 Cricket
Get the latest updates on India vs Australia Series, check out the India vs Australia Schedule for 2020-21 and Ind vs Aus live score . Like us on Facebook or follow us on Twitter for more sports updates. You can also download the NDTV Cricket app for Android or iOS.