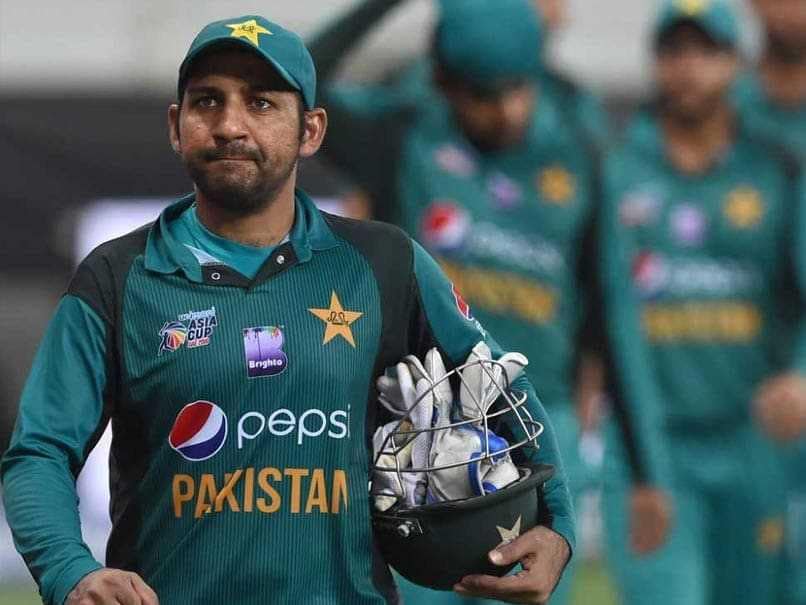 Sarfraz Ahmed was recently handed a four-match ban from ODIs by the ICC.© AFP

Pakistan Cricket Board (PCB) have named Sarfraz Ahmed as Pakistan's captain for the Cricket World Cup 2019. Putting an end to all the speculation surrounding regular captain Sarfraz Ahmed, PCB chairman Ehsan Mani made it official on Tuesday that Sarfraz will also lead Pakistan against Australia prior to the World Cup. The Pakistani captain was recently handed a four-match ban from ODIs by the ICC over racist comments he made at South Africa's Andile Phehlukwayo in the recently concluded ODI series. Shoaib Malik was the stand-in-captain in Sarfraz's absence.

"There should be no doubt that Sarfraz is the Pakistan cricket team's captain. He will lead the team in the series against Australia and also in the World Cup," Mani said.

"Sarfraz has made great progress since he led the team in the Under-19 World Cup, he has only improved with time," he added.

The PCB chairman said he was always confident of seeing Sarfraz as Pakistan's captain.

"I was always clear in my mind that Sarfaraz would be the captain. Sarfraz has been an integral part of the Pakistan's World Cup preparations. He has proved to be a good strategist, leader and performer," he said.

Sarfraz, who was banned for breaching the ICC's anti-racism policy after his racial remarks, was also at the press conference and said he was thankful to the PCB for showing confidence in him.

"It is a great honour to join those players who have captained their teams in the World Cup. I feel proud and we will try our best to perform well there.

"I don't worry about if I would be the team's captain in a year's time or not. I focused on my responsibilities on a series-to-series basis and will continue to do so," he said.

Australia Cricket Team Pakistan Cricket Board Cricket World Cup 2019
Get the latest updates on India vs South Africa and check out  Schedule, Results and Live Score. Like us on Facebook or follow us on Twitter for more sports updates. You can also download the NDTV Cricket app for Android or iOS.