India progressed to the Women's T20 World Cup final after their semi-final match against England was washed out. 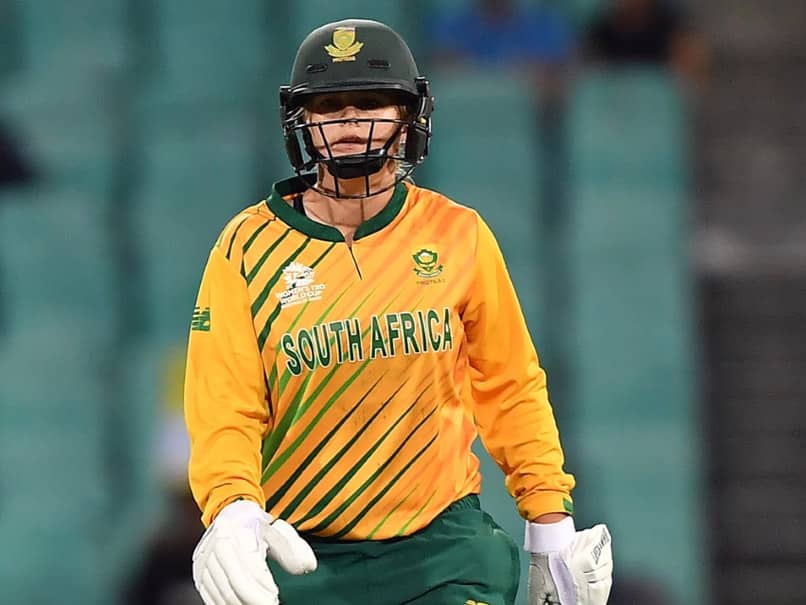 South Africa captain Dane van Niekerk said that she would rather lose a semi-final match than "get a free pass" to the World Cup final. Van Niekerk's South Africa narrowly missed out on reaching the ongoing's 2020 Women's T20 World Cup final, losing to hosts Australia by five runs via the Duckworth Lewis Method. The end of Australia's innings was followed by a long break due to rains at the Sydney Cricket Grounds. This led to South Africa being given 13 overs to chase a target of 98.

"I am not going to sit and lie and say, 'You don't think about it'," van Niekerk said, about the possibility of her team qualifying for the final if the match had been washed out by virtue of their higher tally of points in the group stage than Australia. her team had been tracking the weather updates through the day.

"I have to give credit to the ground staff; they did absolutely everything to keep us on the park. And we are here to play cricket. I'd rather lose than get a free pass into the World Cup final."

Earlier in the day, India had progressed to the final after their semi-final match against England was washed out. India had finished their group stage with eight points while England had six which helped Harmanpreet Kaur's side reach their first ever T20 World Cup final.

Van Niekerk had said before the match said that she sided with the argument for reserve days for world tournaments.

"To lose out because of weather is probably not ideal," she said on Wednesday. "And I don't think it should be like that. I believe in the future, semi-finals and finals should definitely have reserve days."

India Women
Get the latest updates on India vs England Series, India vs England , live score and IPL 2021 Auction . Like us on Facebook or follow us on Twitter for more sports updates. You can also download the NDTV Cricket app for Android or iOS.