American pop star Katy Perry paid a visit to the iconic Melbourne Cricket Ground (MCG) on the eve of women's T20 World Cup final, to be played between India and Australia on Sunday. 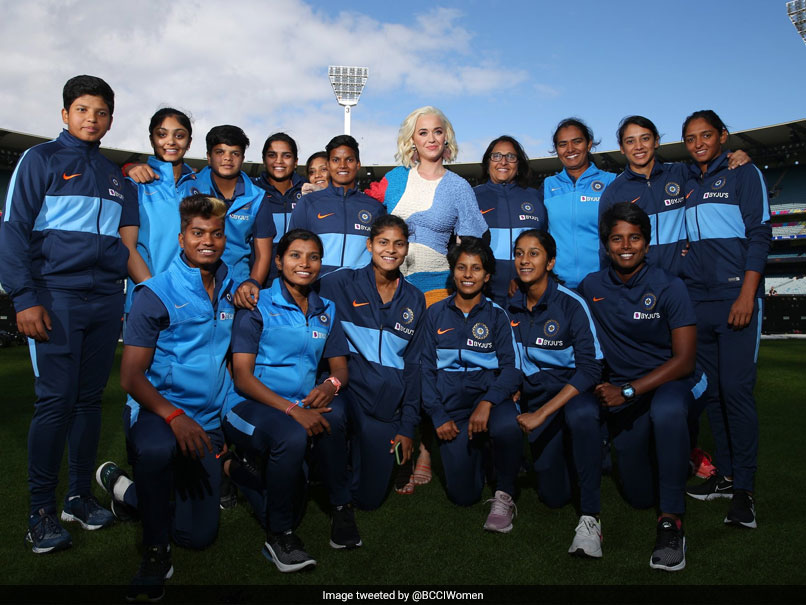 India and Australia will lock horns in the all-important final of the Women's T20 World Cupon Sunday. Ahead of the final, American pop star Katy Perry visited the iconic Melbourne Cricket Ground (MCG), where she will be performing live before and after the summit clash between the two sides. During her interaction with the Indian women's cricket team, Katy Perry was curious to know about the composition of the Indian team that will take the field tomorrow. While Veda Krishnamurthy said that the rules don't allow them to reveal the playing XI before the toss, it was Jemimah Rodrigues' reply that left everyone in splits. Replying to Katy Perry's query, Jemimah Rodriguesasked the singer to call her and she will reveal the XI.

"You can call me tomorrow, I can tell you," Jemimah said.

The T20 World Cup's official Twitter handle posted the video of Perry interacting with the Indian team on Saturday.

"Not even @katyperry is allowed to know the India team for tomorrow," the video was captioned.

Not even @katyperry is allowed to know the India team for tomorrow #T20WorldCup | #FILLTHEMCG pic.twitter.com/b3RQyJG5Wz

As Australia defeated South Africa in the second semi-final in Sydney, the World Cup holders entered their sixth consecutive final in the tournament's history. Australia have been part of every women's T20 World Cup final since 2010.

India, who entered their maiden T20 World Cup final on Thursday, reached the finale after their semi-final game against England was called off without a ball being bowled in Sydney due to rain.

India are the only team in the tournament that has not lost a single match.

When the two teams met in the group stages, Harmanpreet Kaur led India to a comfortable 17-run victory.

Australia Women Veda Krishnamurthy Cricket Women's T20 World Cup
Get the latest updates on ICC T20 Worldcup 2022, check out the Schedule and Live Score. Like us on Facebook or follow us on Twitter for more sports updates. You can also download the NDTV Cricket app for Android or iOS.