After the first semi-final was abandoned, India qualified for the final by the virtue of topping their group. 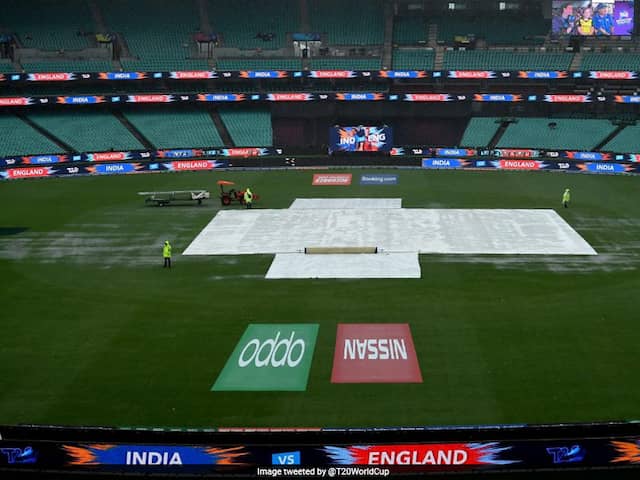 IND vs ENG: India advanced to their maiden T20 World Cup final after the semi-final was abandoned.© Twitter

The first semi-final of ICC Women's T20 World Cup between India and England was called off due to persistent rain in Sydney on Thursday. After the first semi-final was abandoned, India qualified for the final by the virtue of topping their group. The International Cricket Council (ICC) on Wednesday declined Cricket Australia's request to schedule a reserve day for both the semi-final matches which are scheduled to be played at Sydney Cricket Ground (SCG). ICC's decision has not gone down well with the fans as well as the experts, despite weather forecast clearly predicting high chances of washouts in Sydney. Former Australia cricketer Mark Waugh came hard at the ICC for not scheduling a reserve day for the two semi-finals in the "biggest tournament of the year". Describing the governing body's decision as "absolutely absurd", Mark Waugh said it has deprived some of the players a lifetime chance of playing in probably the biggest match of their career.

"Not as surprising as ICC not scheduling reserve days for finals in the biggest tournament of the year and possibly lifetime for many players. Absolutely absurd," Mark Waugh tweeted.

Not as surprising as ICC not scheduling reserve days for finals in the biggest tournament of the year and possibly lifetime for many players. Absolutely absurd.#commonsense

England, who finished behind South Africa in Group B, were unlucky to miss out on a chance to enter their second successive final.

The second semi-final between Australia and South Africa later in the day is also expected to have rain-delays and another washout will force defending champions Australia out of the tournament as they finished second in their group.

Fans, disappointed with the outcome of the first semi-final, expressed their frustration on the social media.

The final scheduled to be played at the Melbourne Cricket Ground (MCG) on March 8 will be India's maiden appearance in the summit clash in tournament's history.

Sydney Cricket Ground (SCG), Sydney Women's T20 World Cup Cricket India Women vs England Women, 1st Semi-Final
Get the latest Cricket news, check out the India cricket schedule, Cricket live score . Like us on Facebook or follow us on Twitter for more sports updates. You can also download the NDTV Cricket app for Android or iOS.