Kim Cotton and Ahsan Raza will stand as on-field umpires for the final, which sees four-time champions Australia take on first-time finalists India. 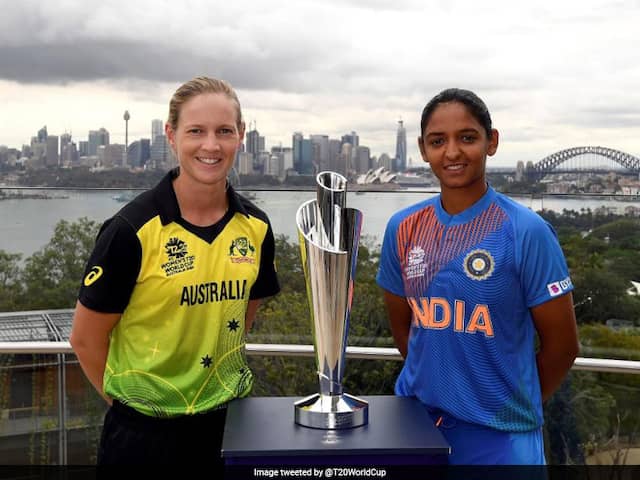 The umpires and officials for the ICC Women's T20 World Cup 2020 India vs Australia final have been appointed following the conclusion of the semi-finals in Australia. Kim Cotton and Ahsan Raza will stand as on-field umpires for the final, which sees four-time champions Australia take on first-time finalists India at the Melbourne Cricket Ground (MCG) on March 8 - International Women's Day. India progressed as the top-ranked team in their group after their match against England was washed out. Host and defending champions Australia defeated South Africa by five runs in the other semi-final.

New Zealand's Cotton will be taking charge of her first women's T20 World Cup final. The 42-year-old stood in Australia's semi-final victory over South Africa at the Sydney Cricket Ground (SCG), with the match in Melbourne set to be her fifth of the tournament.

Cotton will be joined on the field by Pakistan umpire Raza, who like his colleague, will be standing in the final for the very first time.

Raza was due to officiate in India's washed-out semi-final with England, while his experience of Australia-India contests stretches back to the ICC Women's Cricket World Cup 2017 semi-final.

Supporting the on-field umpires will be West Indies' Gregory Brathwaite, who is the TV umpire for what is set to be a historic occasion in Melbourne.

Zimbabwe's Langton Rusere, on-field official for 2018 final, will be the fourth umpire this time around while Chris Broad of England will oversee the game as match referee.

Global music superstar Katy Perry will perform two songs to get the final underway and return for a post-match concert, with her full band, once the on-field presentations have concluded.

Australia Women Women's T20 World Cup India Women vs Australia Women, Final Cricket
Get the latest Cricket news, check out the India cricket schedule, Cricket live score . Like us on Facebook or follow us on Twitter for more sports updates. You can also download the NDTV Cricket app for Android or iOS.