Poonam Yadav revealed a stinging rebuke from skipper Harmanpreet Kaur on opening night helped her take the tournament by storm. 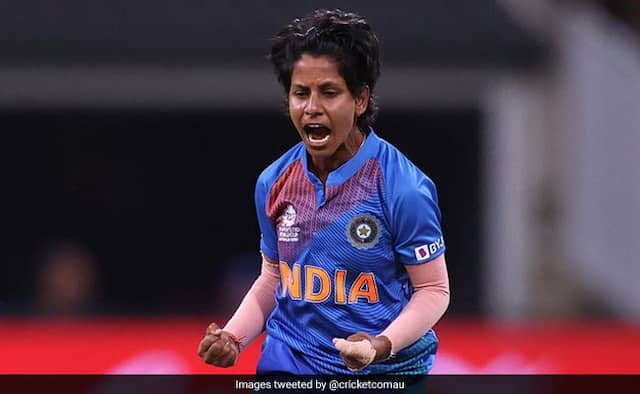 Leg-spinner Poonam Yadav has been in devastating form throughout the Women's T20 World Cup, unleashing a whirlwind of wrong'uns to snaffle nine wickets and see India through to Sunday's Final against Australia. But it all started with a dressing-down from captain Harmanpreet Kaur after the leg-spinner was carted for six by Australia's Alyssa Healy from her fourth delivery in the tournament opener. She dismissed the opener the next ball, and hasn't looked back since.

Now, Poonam has revealed a stinging rebuke from skipper Harmanpreet Kaur on opening night helped her take the tournament by storm.

"Harmanpreet has been of immense support," said Poonam. "When I got hit for a six in the first over, she came to me and said, 'Poonam, you're one of the most experienced players in the team, and we expect better of you.'

"So, that kind of stirred something within me. I told myself if my captain has that much faith in me, I should be able to make a comeback.

"I took a wicket in the very next ball, and didn't look back since. Now when I look back at that moment, it means so much in the context of my individual performance and run to the final."

Later in that pulsating opener at Sydney Showground, Poonam came within a whisker of the third hat-trick in Women's T20 World Cup history, dismissing Rachael Haynes and Ellyse Perry before Jess Jonassen was dropped.

The 28-year-old has a fine record at the event, taking eight wickets in five matches in 2014 and repeating the trick in 2018.

The Agra-born ace, India's highest-ever wicket-taker in the format, was ruled out of her side's pre-tournament tri-series with final opponents Australia due to injury.

Poonam revealed she spent her time on the sidelines studying top batters and surgically analysing their weaknesses, a knowledge base that should serve her well as she bids to secure India's maiden title.

"I had not even played the tri-series, so thanks to the selectors for showing faith in me," she said.

"When I was on the sidelines, I worked quite hard knowing the quality of competition in the World Cup.

"So, I would watch a lot of videos of the Australian and the England teams and tried to find out their weaknesses. My preparation that way was good, so despite the pressure, the nerves I was able to do well," she added.